You are here: Home / Women On Business Partners / A Deeper Understanding about Successful Outsourcing 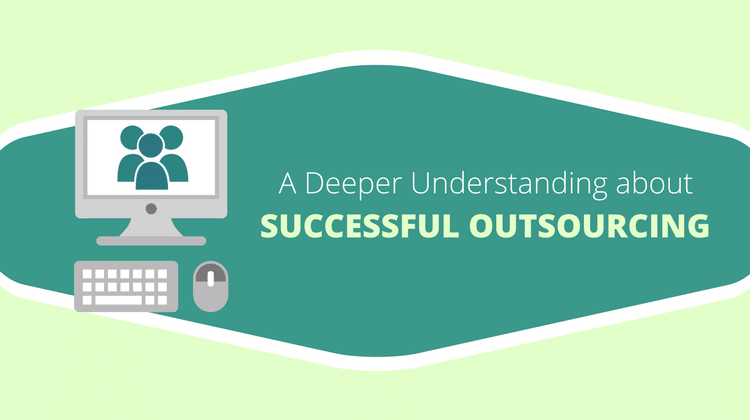 Global outsourcing can work for your business if you need technical talent for your projects — talent that is not available locally. In other words, it’s an effective way to close a talent gap in your particular industry.

Fortunately, the mechanics of outsourcing have been worked out fairly well already. You can find someone through a specialty job site, pay them with an international money transfer, manage projects through collaboration software, and transfer documents back and forth on the cloud.

However, before you start outsourcing, there are three things that most companies that outsource get wrong: 1) They exploit overseas talent; 2) They fail to earn respect; 3) They don’t build a team spirit.

These three mistakes lead to high turnover and a constant need to recruit from scratch. Instead of your projects going from strength to strength, each one is like Sisyphus rolling the rock back up the hill.

When selling the idea of the benefits of outsourcing, most purveyors of information products or outsourcing services love to talk about how much money you can save by hiring people from other countries. Basically, this is the gist of their often unconscious unethical proposition: “You live in a first world country and they live in a second or third world country, so you can pay them less and keep most of the profits.”

This line of thinking stems from an outdated and inaccurate model of the geopolitical world that evolved after the Second World War and continued into the Cold War. In fact, this specious model even posits a fourth world — regions of the earth where there are nomadic tribes and aboriginal people.

According to this model:

This model is not only inaccurate, but it’s also dangerous because it’s based on a model of exploitation. Freed from the regulations of the Department of Labor, outsourcing entrepreneurs are often guilty of behaving like digital colonists. The reason there are sweat shops is because of this geopolitical type of thinking. The world is far too complicated to think in terms of a three-world model. Even the idea of thinking in terms of developed, developing, and undeveloped worlds is just a euphemistic reinterpretation of the three-world model.

If you exploit people to save your bottom line, you are going to have a lot of difficulty generating the respect of your outsourcing talent. If you cheat them on pay, they will cheat you on quality of work, and eventually, the relationship will collapse.

So finding the right person starts with treating them with respect. Since they have unique knowledge, talent, and skills, it’s a huge loss to fail to develop a long-term relationship when you find the right person. Yes, many people study SQL, Java, JavaScript, C#, C++, Python, PHP, or Ruby on Rails, but if you find someone who is particularly skilled in one of these languages, you should do your best to keep them on your team from one project to another.

You can build a long-term relationship by making them feel part of your team and helping them improve their knowledge and skills. For instance, you could invite them to your company’s in-house training via video conferencing and include them in your gamification program.

The reason for the dearth of talent in your field may be due to deficiencies in the educational system. Let’s assume your highly promising business project requires a team of people skilled at computer science and mathematics. However, your country’s educational system may not value these subjects much while another country places a strong educational emphasis on them. Meanwhile, the economic opportunities in your country are just opening up while they may barely exist in the other country. Outsourcing is a way of correcting these imbalances. It might be impossible to find the right candidate locally but easy to find one internationally.