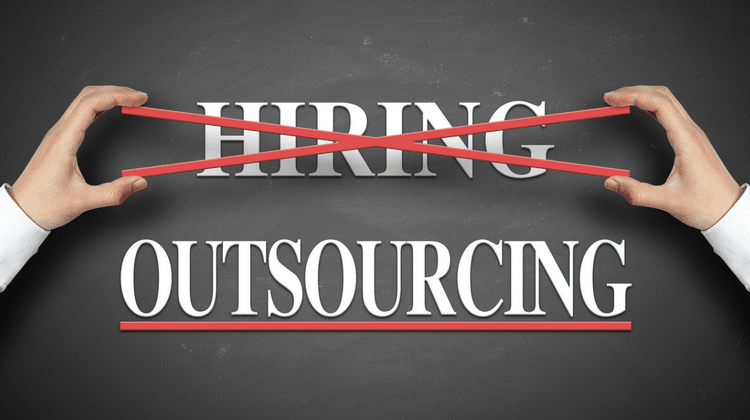 One of the fundamental changes caused by the growth of the internet is the way we work. These days, almost everything can be done online from the comfort of a living room, and more and more people are taking advantage of this accessibility to start their own businesses.

When we think about entrepreneurs, we often think about the Mark Zuckerberg types who are building multi-million dollar businesses from a dorm room or a garage. But what we don’t always realize is that anyone who’s self-employed is an entrepreneur, and so is anyone who runs a small business.

But even Elon Musk can’t do everything himself, which is why entrepreneurs are increasingly turning to freelancers and other outsourced workers to get the job done. When an entrepreneur hires another entrepreneur, they support the overall ecosystem while simultaneously covering skills gaps within their organizations and saving a ton of money.

The Benefits of Outsourcing

When you’re an entrepreneur, cash is usually scarce. Even if you started out with some funding, you have to be careful when it actually comes to spending it. That’s where outsourcing comes in.

Think about it. Let’s say you need to create some product videos or hire a specialist designer to work on a prototype. You could hire someone as an employee as long as you don’t mind committing to pay them a yearly salary and spending three months finding the perfect candidate and then waiting while they give notice to their current employer before they can start working for you. Or you could just hop on a freelancing website and post a job listing, hire someone the same day, and end the contract as soon as the job’s done.

The outsourcing route allows entrepreneurs to tap into the global talent pool instead of simply hiring whoever they can find in the local area. It also allows them to be more flexible in the way they move, further enhancing the natural ability of entrepreneurs and small businesses to outmanoeuver global behemoths. Sure, you might pay a higher hourly rate, but you also won’t end up paying people to sit around twiddling their thumbs.

Outsourcing as a Service

Many of today’s entrepreneurs aren’t just using outsourced staff to get jobs done. They’re also acting as outsourced employees themselves, whether it’s a single freelancer or a virtual marketing agency that uses a core team to develop the strategy and then outsources individual assets.

Ultimately, this article only covers a few of the reasons why outsourcing can be so beneficial, and there are plenty of other reasons why it’s a good idea to outsource. It doesn’t matter whether you’re big or small, because every company can benefit from the fresh pair of eyes that an outsourced worker can bring.

The way that we do business is changing. It’s not too far-fetched to think that within the next 20 years, if you’re not outsourcing, you’ll be left behind by the competition. Don’t say that we didn’t warn you.