You are here: Home / Career Development / Leadership Development: Throw the Ball and Catch It Too 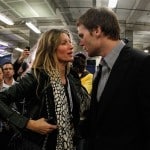 Tom Brady’s wife, Gisele, will go down in history with a quote that goes well beyond football.

Walking down the corridor to the safety of an elevator, she was taunted by fans about how the Super Bowl game ended and out came the now famous words about not being able to throw a ball and catch it at the same time.

In any case, why did what she said go viral?

Was it the use of an expletive that is as common today as saying “how are you”? Was it the fact that she is a tall, well-known model?  Was it that she was saying what some were already thinking?

We are a nation of sound bites. We love to jump on bandwagons when someone just “blurts it out”. We really don’t care what the words are about; we love to point fingers and snicker.

And yet, there is more!

The day of the Super Bowl was the final day of a GUTSY WOMEN LEADERSHIP RETREAT. Women leaders from all manner of business were gathered together to get to higher levels of awareness about how to perform their work roles even better.

What became apparent is that these women have learned to juggle multiple areas of life with elegance and determination.

They play in the Super Bowl everyday.

Hey Gisele, think about this: most women in leadership positions have already learned to “throw the ##//*6^!! ball and catch it at the same time” and do a darn good job of it. So, maybe part of football training camp would be to let the guys spend a day or two in the typical world of a woman leader and learn to turn this trick.