You are here: Home / Reader Submission / How Identity Theft REALLY Impacts Your Business 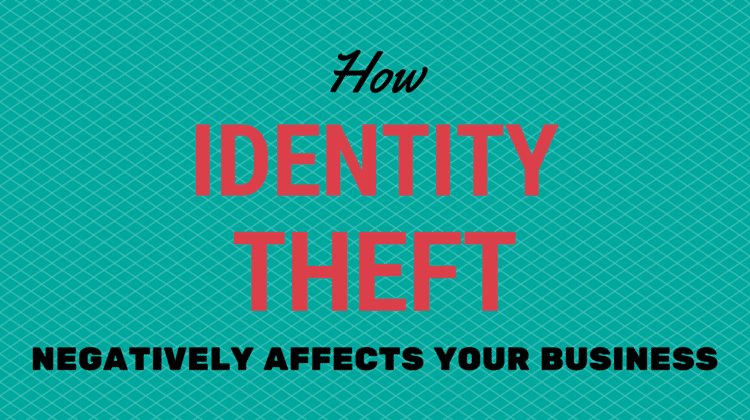 As a consumer, you are well aware of the dangers of identity theft, but have you considered how this criminal activity affects your business?

The Evolution of Identity Theft

Identity theft isn’t a new threat. What is new is the method criminals use to execute this fraud. And the most popular method seems to change daily.

Merchants need to understand the tactics criminals are using to separate consumers from their hard-earned money. Take a look at how identity theft strategies have evolved over the years.

How does this information affect business owners? One of the most common identity theft tactics has turned merchants into accomplices.

The Introduction of Data Breaches

What are two words every business owner lives in fear of? Data breaches. Media outlets are constantly terrifying both business owners and consumers with news of security breaches and compromised data.

In response to the prevalence of data breaches, merchants are required to maintain PCI-DSS compliance. Unfortunately, as recent examples have shown, even PCI-DSS complaint businesses are hackable.

Identity thieves have caused merchants to question the security of their own business’ data. Not only would a breach bring excessive fines, it would also severely damage the business’ reputations.

While merchants are focusing their attention on data security, identity theft has managed to steal profits another way.

The REAL Threat to Businesses

The terror surrounding identity theft is that criminals steal money from consumers, but this fear is misplaced. Because of zero liability payment cards, consumers aren’t victimized by identity thieves—merchants are.

Each unauthorized transaction results in a chargeback, a forced credit card refund. A consumer contacts the bank to report the fraud, the bank instigates a chargeback, the funds are removed from the merchant’s account without warning, and within a couple hours, the money is back in the consumer’s account.

Chargebacks steal revenue, increase costs, and threaten the business’s longevity; if the merchant bank feels the business is receiving too many chargebacks, the ability to process credit card payments will be revoked. This is a heavy blow for any business owner.

As a fellow consumer, merchants likely guard their own identity as carefully as anyone else. Unfortunately, they don’t always implement the same security for their business.

There are several things merchants can do to reduce the risk of chargebacks resulting from criminal activity and identity theft.

Identity theft isn’t a new criminal action, but it is one that thieves are using to create modern threats. As history has shown, there is little chance our society will completely eliminate this money-stealing scheme. Merchants can, however, arm themselves against the repercussions fraud poses to their business.

Stephanie Underwood is a social and brand communications expert for Chargebacks911. She helps educate both consumers and merchants about the realities of friendly fraud, chargebacks, and credit card fraud. As a UK native, she enjoys traipsing around the USA when she isn’t busy saving the world from chargebacks!