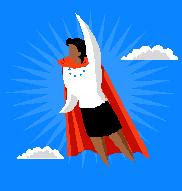 I saw this quote and could not find anyone but “anonymous” to give it credit. It sounds like it really must be from a woman’s lips. “To get what we’ve never had, we must do what we’ve never done”.

The quote seems so fitting as we watch a planet in crisis. Can you remember back to March 20, 2003? We had just entered the war in Iraq, that time of shock and awe. We always seem waiting to go to war or in the midst of one.

I spent some time thinking about what can we do that we have never done before? I thought about the Women in Black who stand vigil in silence, yet there is a strong, loud reverberation as they stay steadfast to the fact that the way of war is not the way of peace.

I thought about the ‘60’s when there was a youthful hope that love would show the way. It bubbled up and then went underground as the ‘70’s and ‘80’s showed the Gordon Gekko mantra that “greed is good” was the winner of those decades.

Then this morning I had a phone call that gave me an idea. Someone who had graduated from our executive leadership program several years ago called this morning. She just wanted to touch base and say “thanks”. I had not done anything out of the ordinary and had only been in contact with her though some brief emails that were not “thanks” worthy.

For what?” I queried. “I keep hearing your voice telling me I am strong enough to get out of the woods no matter how many times I have to return to those scary places without a compass. Just your voice in my head gives me courage. You always seem so ready to take on a challenge. You are so gutsy”.

I almost fell off my chair. She had no idea that is the name of the book I am writing about and for women leaders and the name of our gutsy women retreat weekend that we have just named in the past two weeks.

Then I had an idea; what if each one of us calls someone who has made a difference, even if was a decade ago and simply says “thanks”.

We hung up the phone and I made three of my own “thank you for mattering to me” calls. Not a big deal, except I felt great and I know those on the other end of the phone did too. No, not a card, not an email. I wanted it to be a call without a time limit; just to say “hey”.

Will it make wars and crises go away? Who really knows what ever makes a difference. I had no idea that woman in our leadership program still carried my voice in her head during times she felt lost in the woods. And I could feel a smile on the faces of those I chose to thank. We really do need to reach out and help each other through these complex times. Give it a shot.