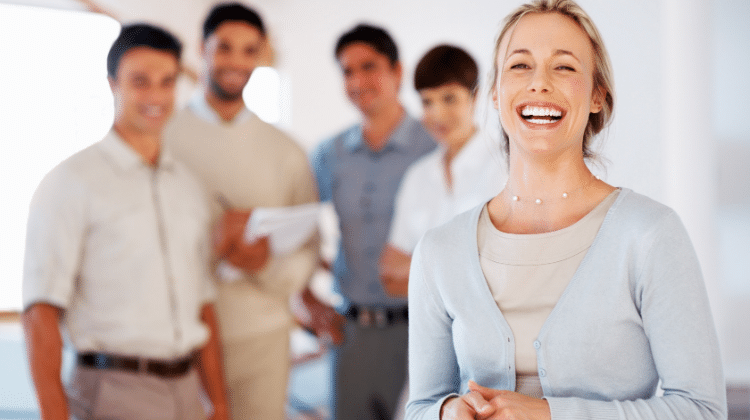 Managing the perception of how nice is ‘too nice’ in the workplace could prove daunting. I have lost count of the number of times I’ve been told that being nice doesn’t belong in the workplace. As a woman, it seems that particular viewpoint is even more prevalent.

When others see you as having a ‘nice’ demeanor, there is a misleading association with weakness. With the perception of weakness comes the illusion of incompetence.

So, what’s the answer to this conundrum? How do you avoid being perceived by others as too nice and-as an unfair result-incompetent?

What Does Nice Mean Anyway?

According to Thesaurus.com, the term nice has many synonyms. Cordial, fair, friendly, kind… just to name a few. These terms are positive and are likely needed anywhere in life, especially the workplace.

Notice the synonyms related to nice were not weakness or incompetence. However, in the workplace, nice seems to be — at times — a disagreeable four-letter word. The perception of the description of a nice disposition can be questioned in the workplace.

I, personally, have experienced pushback due to my perceived demeanor of being too nice in the workplace. Over my decade in organizational leadership, one executive mocked me for it. He first questioned if my attitude was genuine, and then he asked why everyone seemed to like me. It was a backhanded compliment and an uncomfortable conversation overall. Even if he hadn’t outranked me by several management levels, I was determined to maintain my professionalism.

I simply smiled, and said, “This is just who I am.” I cleared my throat. “It is important to treat others how I would like to be treated while getting results. Plus, my mother taught me — if you do not have anything nice to say, then do not say it all.”

Nice Does Not Lead to Incompetence

The childhood advice my mother had given was not meant to be translated as allowing others to take advantage of you. Or as an excuse not to do what is required of you in your job description.

It is important to be honest, give constructive feedback, and achieve what is expected. You can still accomplish all of this while being perceived as a nice person. You would also be managing the perception of being too nice in the workplace as a positive rather than a negative.

According to the Forbes article, “Being Honest and Nice At Work Actually Works”, communication delivered in a nice, constructive way demonstrates compassion and allows the receiver to recognize they were cared for deeply.

The author of the article, Joyce E. Russell, also references resources, such as The Power of Nice by Ron Shapiro and “be soft on the person and hard on the problem” in the negotiations book, Getting to Yes. Russell also states entrepreneur Mark Cuban has been quoted as saying he changed his view on being nice, and that it is one of the most underrated skills in the workplace.

When being perceived as too nice in the workplace, you can still fulfill your responsibilities with competence. It may take additional effort as you tie in empathy, honesty, and respect, but the payout will be more than worth it for the long-term.

Nice as a New Year’s Resolution

With the celebration of the New Year, resolutions often follow. According to Good Housekeeping’s “55+ Achievable New Year’s Resolutions for Healthier and Happier Living” dated December 30, 2020, a handful of the recommended resolutions include:

However, and as the article suggests, why not also focus on gratitude and peace during 2021? Taking it a step further, we could even inventory how we routinely treat others to create peace around us. Then, we could potentially make changes as to how we tend to approach others at work.

So, how nice is ‘too nice’ in the workplace? As long as you are caring, honest, respectful, and diligent, there isn’t a risk of being ‘too nice’. You can still accomplish what is expected of you while being a nice person.

Mindy Jo Rigel, M.B.A. & M.Ed. is a certified life coach, female entrepreneur, and the founder of worryaboutYOUtoday.com. She is also a mother, a middle school teacher with certifications in both special education and English language arts, and an introspective social butterfly. In addition to her passion pursuit of education & M.Ed. from Antioch University Midwest, Mindy Jo has over a decade of leadership experience in corporate management and previously earned her M.B.A. from Franklin University. She encourages others to proactively manage their mental health while becoming the best versions of themselves. Connect with Mindy Jo live every Wednesday at 7pm PT, 10pm ET on the Franze and Friends’ Coach’s Corner podcast via Facebook.