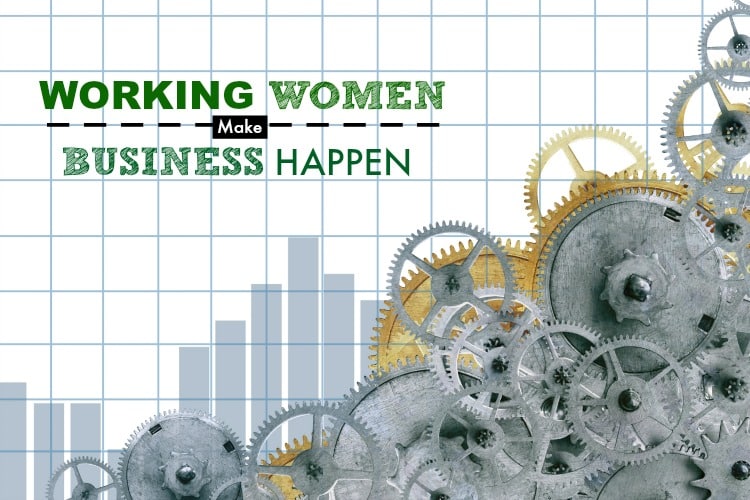 International Women’s Day (IWD) is on Sunday, March 8, 2015. It originates from International Working Women’s Day (IWWD), which I think is important to highlight. It is not a day where we simply celebrate being women because we think we are fabulous (well some might), but in my opinion, it is a day where we are meant to celebrate the real achievements of women worldwide (past and present) as well as recognizing how far we have come in the workplace.

Women have not only had to fight for their rights to vote, to work, and to benefit from equal pay, but many have also had to work twice as hard as their male peers just to be valued ‘almost’ equally in the workplace. Unfortunately for many women, this is still the case today.

Nevertheless, considering women couldn’t vote in Switzerland until 1971, the Sex Discrimination Act was only introduced in the UK in 1975, and the US policies in regards to maternity leave still remain close to the worst globally; I think we are facing the many challenges around us pretty well. Even though there is a long journey ahead for women to be valued as equals everywhere in business, I truly believe that if someone really wants to achieve something, they can do it, regardless of their gender. I have seen it time and time again.

I’ve spent the majority of my career in the IT industry, which is certainly male dominated. I would be lying if I said I haven’t experienced some discrimination at some point (not on a corporate level but on an individual level), due to my gender and also due to my age, but certainly not enough to deter me. If anything it has always fueled me to work harder, perform better, and generally be better.

I consider myself lucky, because both at IBM and at FDM Group I have always felt respected and valued as a whole. I am grateful for everything that I have achieved, but I also know that it is no coincidence; it comes down to sheer hard work, going above and beyond, having integrity, and most importantly being honest. People may not always like what I have to say, but at least they know who I am and what I stand for. Silence is not a means for change and if we aren’t changing then we simply aren’t progressing.

This year for International Working Women’s Day, I would like to pay tribute to all the role models in history that have paved the way for change, for progress, and for the greater good of humanity. I would also like to mention a few of the women that have been an inspiration to me in my career:

1. My Mother – The Rock of the Family

The woman who raised four children, put them through school and university while looking after my father before he passed away, and persevered to attain her Real Estate Certificate to start a new career in order to support her family. She taught me, “It is not embarrassing to make mistakes or even to fail; it is embarrassing to give up and even worse not to have tried at all”.

Sheila has worked in the IT industry for numerous years doing various jobs, which eventually led her to the top. She is the COO and part owner of FDM Group as well as a mother. Sheila taught me, “You get what you put in”.

India is smart, friendly, and an incredibly positive speaker with many extraordinary experiences. I learned from India, “You don’t have to be a man to work with men. It is important to remember who you are and to be yourself.”

Eleni was recognized as Woman of the Year at the FDM everywoman in Technology Awards in 2013. Her contribution to science and technology at such an early age is admirable. Transplant Without Donors produces tissue engineered organs that continue to save lives. Eleni has also joined the NASA Academy. I learned from her, “You’re never too young to have big dreams.”

I have met so many women that have accomplished real achievements in life through hard work. If I were to mention them all, the list would be too long, but hopefully, the brief mentions above serve as evidence that everyone can make something happen if they really want it, regardless of gender.

Written by Nabila Aydin, VP of Global Marketing Operations at FDM Group, an IT company that champions a gender-balanced workforce. The company is made up of 25% women globally, and 50% of the senior management team is female. FDM Group actively encourages and promotes women in IT and helps clients increase their diversity statistics.