You are here: Home / Archives for ipo 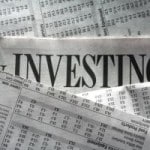 In a study conducted by the David Eccles School of Business, a male and female research team found that investors are less likely to back an IPO from a company led by a woman than a company led by a male. This is being referred to as the "Green Ceiling" in the investment world. In Skirting the Issues: Evidence of Gender Bias in IPO Prospectus Evaluators, the report authors … END_OF_DOCUMENT_TOKEN_TO_BE_REPLACED