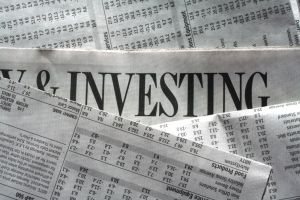 In a study conducted by the David Eccles School of Business, a male and female research team found that investors are less likely to back an IPO from a company led by a woman than a company led by a male. This is being referred to as the “Green Ceiling” in the investment world.

In Skirting the Issues: Evidence of Gender Bias in IPO Prospectus Evaluators, the report authors concluded that the “lack of female-led IPOs suggests a potentially larger problem — a gender-based capital gap for new ventures.” Despite the fact that nearly half of all privately held businesses in the United States are owned or led by women, the report explains that there is still a reluctance to invest in IPOs spearheaded by women. The team wrote:

“Despite identical personal qualifications and firm financials, female founders/CEOs were perceived as less capable than their male counterparts, and IPOs led by female founders/CEOs were considered less attractive. Like the glass ceiling of corporate America that has limited the advancement of female managers, female entrepreneurs face a ‘green ceiling’ when it comes to financing. Taken as a whole, our results suggest that gender stereotypes are alive and well and moreover, that such stereotypes impact investment decisions.”

The full study will be published in the Journal of Management in the future, or you can follow the link to download the entire research paper now.