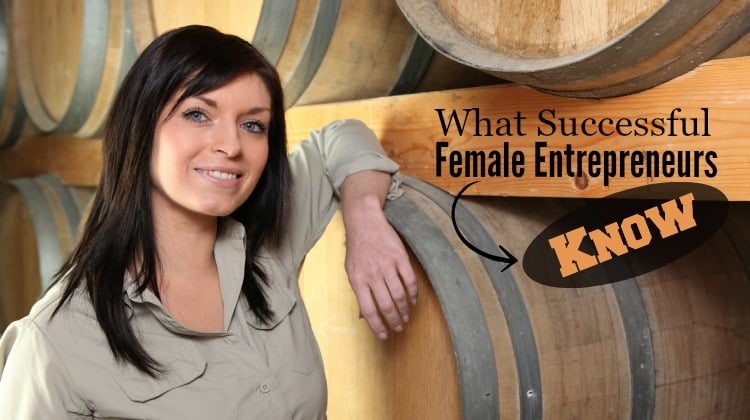 Women are starting nearly 1,300 new businesses per day, which is double the rate from three years ago, according to an American Express 2014 Report. For nearly the past two decades, research has shown that women have become entrepreneurs at a faster pace than men.

Entrepreneurship can be a thrilling endeavor for women, as they seek freedom, flexibility, and control of their own destiny. While exciting, starting a business also means taking a less familiar path where the financial stakes are higher. Given this fact, it’s no surprise that in a PayPal survey, only 13% of women in the U.S. felt adequately prepared to start a business.

If starting a business is in your future plans, be determined to set yourself on a path to success by following what fellow female entrepreneurs know:

Despite having a thorough business plan, female entrepreneurs know that they must anticipate surprises along the way. As in life, unexpected events happen that can alter your goals or set you back financially.

Having this mindset may also surprise you on the upside. For example, your business may grow faster than you expect. According to the National Women’s Business Council, when forecasting growth as measured by the number of employees, “women were less likely than men to expect rapid firm growth…but were more likely to actually see rapid growth.”

Regardless of what kind of surprises occur, continue to set and revise your goals to achieve your long-term plan. Be realistic and expect that the unexpected will happen.

Nearly two-thirds of men are confident in their abilities to start a business, while less than half of women feel the same, despite having similar levels of education and experience, according to a national entrepreneurial assessment of the U.S.

This gender-specific confidence gap has been further documented by Katty Kay and Claire Shipman in their book, The Confidence Code: The Science and Art of Self-Assurance—What Women Should Know. In an article they wrote for the Atlantic magazine, they detailed how women’s self-perception negatively affects their real-world outlook when it comes to new opportunities.

Women were harsher on themselves and turned down professional opportunities because they did not believe in their abilities. Yet, the women and the men performed equally as well, even though the women estimated their actual success would not be that great. And, according to Kay and Shipman, success “correlates just as closely with confidence as it does with competence.”

Consider the advice from successful fellow female entrepreneur and founder of SPANX, Sara Blakely: “Embrace what you don’t know, especially in the beginning, because what you don’t know can become your greatest asset” as it can lead you to do things differently from everyone else.