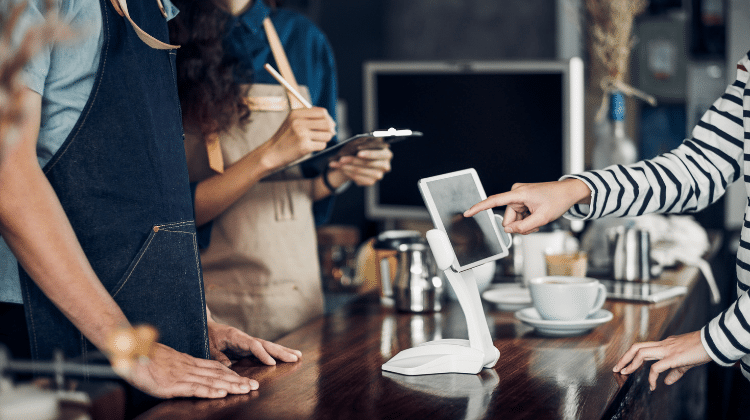 Brought to you by Vend:

While iPad driven POS systems were once the standard in mobile payment processing, with the advancement of technology and the rise of hundreds of new POS systems, iPad driven POS’s are becoming a thing of the past. Why should you abandon your iPad driven system for something better? Here are four reasons.

One of the best features of cloud-based systems is their complete integration software; everything from ordering inventory to generating detailed financial reports is achievable with Android-based software. These extra tools are what make the cloud-based systems so unique and versatile.

Your POS system will be able to integrate with your business’ current software, making a seamless transition from the iPad system. All of your most important functions will be managed directly from your POS software, eliminating the need for extra software or terminals.

Cloud-based systems often integrate better with third-party software like Quickbooks or inventory management software. This can help connect all aspects of running your business to a single point; making for an incredibly convenient management setup.

One of the most commonly reported problems with iPad POS systems is trouble syncing sales with back-office software. This can cause a number of problems, from incorrect sales numbers to unbalanced drawers. Not properly tracking sales causes a lot of extra work, not to mention stress among management and employees.

Many cloud-based systems actually work offline or online, and all of your data is synced with the servers once a connection is established. You can continue to work, even without an internet connection, assured that your information will be synced securely to the cloud once you’re reconnected.

Fallback networks can be cheap, as easy as getting a portable hotspot with a monthly data plan to have on standby should the internet go down. Ensure your information is always synced to the cloud so it remains secure and accurate.

iPad POS systems are also famous for having printer syncing issues; leaving you without the ability to print receipts for your customers. If you’ve ever had a receipt printer issue, you’ll understand just how distressing this is for a customer and how irritated they can become because of it.

Cloud-based systems tend to work with your current hardware, so you won’t have to worry about the software not syncing with your printer. Ensuring the system always works as it should means the difference between satisfied and irritated customers.

Another problem with iPad based POS systems is their limitations. Apple software is almost always proprietary, meaning if your iPad gets broken or malfunctions, you can’t use your software with anything except another iPad. This can get costly, especially with the latest iPads carrying a $300 or more price tag.

Generally, Android-based software is cheaper, as is the hardware required to use it. You can find a cheap Android tablet for as little as $75, and any software that’s Android-based will run on just about any Android device. This level of versatility can’t be found in Apple software.

Cloud-based POS systems can be used with just about any mobile device, computer, or POS hardware. Since they’re web-based, it usually doesn’t matter what hardware you’re using, as long as it has a stable internet connection. Go here to learn more about the best POS software for Android.

Why pay for a POS system that can only do so much? Your POS system should be versatile and secure, compatible with the hardware you want to use, and most of all, provide the right tools for the price. Don’t settle for costly alternatives when you can have a versatile system that is cost-effective to purchase and maintain.

Many iPad based POS systems will require you to not only purchase the iPad and software, but also cash drawers, printers, credit card readers, and other hardware that can drive up the startup costs of your POS.

iPads aren’t the cheapest tablets out there, and since you’re using Apple software, you’ll have to find hardware (printers, etc.) that is compatible with Apple. This can become quite costly, especially when cloud-based POS software is usually able to work with your existing hardware.

If you had the choice between using the hardware you already have and purchasing brand new equipment which would it be? We’d like to think the cost-effective alternative would be the best option. With higher startup costs, an iPad setup can quickly become an expense you aren’t prepared to meet.

Mitigate your costs by choosing cloud-based software on Android devices. Not only will you have far greater versatility, but cloud-based POS has better security and is generally less expensive to acquire. Most cloud-based POS systems charge a monthly fee for their services, although some charge one fixed price for the entire setup.

iPad POS systems are being overtaken by their much more versatile counterparts in businesses everywhere. Cloud-based Android systems generally have better security features and are compatible with a number of hardware systems. Why would you want something that is limited, costly, and has constant syncing issues? Make the switch today to learn why iPad POS is the way of the past.