You are here: Home / Women On Business Partners / 6 Benefits of Linux over Other Operating Systems 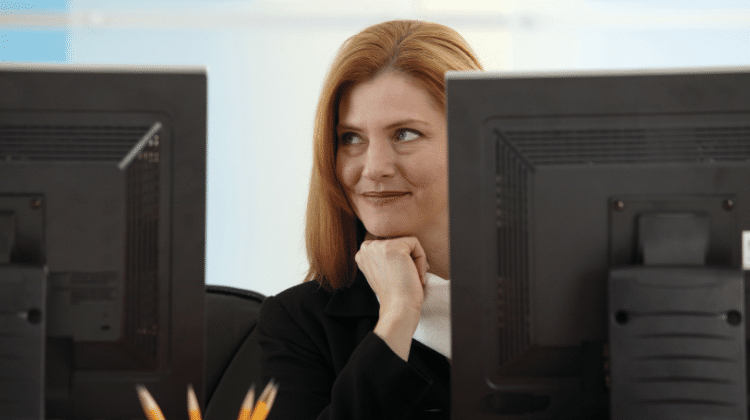 Brought to you by Host.ie:

Your computer needs an operating system to function, it’s the single most important software that will run on your computer.

Not only does your operating system manage your computer’s memory and processes, but it also manages the software and hardware. A computer is useless without an operating system.

The three most common operating systems are Microsoft Windows, macOS, and Linux. Did you know that Linux powers the servers that run 96.5% of the top one million domains in the world?

Why do so many computer engineers prefer Linux to Windows and other operating systems? Keep reading to learn more about the unique benefits of Linux.

Linux is an operating system like Windows and Mac OS X.

An operating system provides the interface between hardware and software. Linux provides many benefits over other operating systems in that it is ubiquitously in use, on your home PC or laptop, on smartphones, supercomputers, carss and home appliances.

What Are the Benefits of Linux?

The overall benefit of Linux is that it’s open source, which means its source code is accessible to anyone who wants it. Anyone with the ability to code can contribute, modify, enhance, and distribute Linux for any intended use. Linux has a huge online community with vast numbers of forums providing support and sharing knowledge extensively.

1. Linux is Secure and Private

Linux is more secure in comparison to other competing operating systems. Linux requires authorization from the root, or superuser, in the form of a password. Unless the password is known and used, nothing will run – not even a virus! This provides an added benefit of eliminating the need for anti-virus software.

Linux is a perfect solution for anyone concerned with their privacy. All Linux distributions (distros) can be set to collect and send the level of data the user is comfortable with, from ‘’all data” to “little or none.” The benefit is there is no need for privacy management tools.

You can also access Linux VPS, thereby getting all the benefits of a full-blown server with minimum stress and hassle. So you basically have the security and privacy that comes with using Linux without having to manage exotic network settings or stress about physical infrastructure.

2. Linux is Free to Use and Update

Linux is not licensed and is free to download and use. Typical costs for Windows OS range from $55 to $450 dollars depending on the application. There are paid versions of Linux, but these are typically much more affordable.

With Linux, you benefit from the ability to choose updates, you can have Linux “keep your system safe” and alert you to updates, which you can choose to implement or you can select automatic Linux updates. Linux updates, in most cases, are smaller greatly benefiting users who have slower internet connectivity.

Linux helps you utilize your old and outdated computer systems because you can choose to use ‘lighter’ distros of Linux for older hardware with lower specs or you can choose a distro with more advanced features.

Some of the better-known distros are Fedora, Ubuntu, Arch Linux, Debian, and Linux Mint.

4. Flexibility for the End-user or Corporate Engineer

Linux benefits the advanced engineer just as much as it does the novice user thanks to the ability to set Linux up ‘just the way you want it.’

Whether you’re constrained by the hardware you’re running on (e.g., it may be older) or you simply want an easy-to-use free operating system; Linux is the solution.

5. Linux is Easy to Install

Linux is easily installed from the web without any prerequisites as it can run on any hardware. Linux, except in some special circumstances, does not require drivers to be installed for monitors, network cards, etc.

Printing from Linux is simple and just as with operating system lowered requirements, older printers can be used easily.

Other operating systems, such as Windows, often require a reboot after installing or uninstalling software and updates – not so with Linux! Linux doesn’t freeze or lock up systems (unless there is a hardware fault).

Some Linux systems have run for more than five years without a hiccup.

Linux provides high performance on various networks and workstations. It allows a large number of users to work simultaneously and handles them efficiently. Linux is a true multitasking system that doesn’t slow down – even downloading big files.

Linux performs all its tasks efficiently even if the hard disk is almost full.

Linux has extended file system compatibility. Very often, engineers face the challenge of using files in different file systems such as FAT, NTFS, and others. With Linux, this isn’t an issue, hugely benefiting the engineer.

With desktops on Linux, you don’t need special permissions to change things like color schemes and other preferences. You can just set it up how you want it from the get-go.

You can also run multiple desktops on Linux,. It has the capability to provide various desktop environments so you can choose according to what you want and need such as KDE (K Desktop Environment) or GNOME (GNU Network Object Model Environment).

Linux is a Viable Option for an Operating System

There are some serious advantages to choosing Linux as your operating system.

When comparing Windows, macOS, and Linux you need to make sure you evaluate the full list of pros and cons. There’s a reason why engineers are choosing Linux when it comes to their operating systems.