You are here: Home / Women On Business Partners / 7 Successful Businesses with Women at the Helm 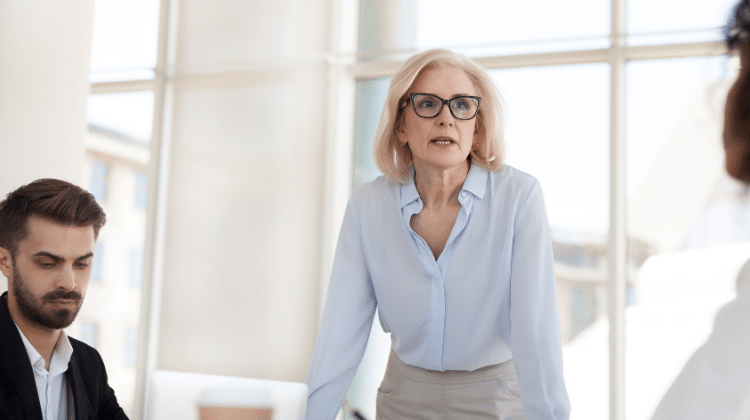 Brought to you by Myfin:

It is no secret that men have dominated corporate board rooms for a very long time. While it has taken women a long time to break the glass ceiling, a few of them have reached top positions and are managing the largest companies in the world.

Below are profiles of some of the top women CEOs courageous enough to take the leading companies’ leadership reins.

Mary Barra has been at the helm of General Motors since 2014 as the chairman and chief executive officer. She set the record as the first female GM CEO and the first female CEO of a major US automobile company.

Fortune magazine ranked her as the second most influential woman in business. In 2020, she made it to #6 on the Forbes‘ 100 Most Powerful Women in the World 2020 list. She is overseeing GM’s planned transition to electric vehicles by 2035.

Boudreaux became the CEO and president of Anthem in 2017. Before her appointment, she was the CEO of UnitedHealthcare. Anthem is one of the US’s largest health insurance companies and has acquired HealthSun, Aspire health, and America’s 1st Choice.

She is revered by both her peers and on Wall Street for her business acumen. She is credited for the company’s good run at the stock exchange. The company’s stock value increased by 20% in the first two years of her tenure.

Jane Fraser became Citigroup’s CEO in February 2021. She is the first female CEO in the company’s history.

Citi is one of the largest banks in the world, with a presence in 160 countries. According to myfin.us, the bank ranks globally as the largest credit card issuer.

Fraser has been with Citigroup since 2004, working in different Citi subsidiaries, rising through the ranks.

Lisa Su is the president and CEO of AMD, an American semiconductor company, since 2014. She also serves on AMD’s board of directors.

She has vast experience in serving tech companies, having previously worked with IBM, Cisco, and other tech giants. She is widely published with more than 40 technical articles in her name.

Karen Lynch is the President and CEO of CVS Health. CVS Health is a leading health company with over 9,900 pharmacies and over 1,000 MinuteClinic and HealthHub locations.

Forbes named her as one of The World’s 100 Most Powerful Women, and she also made it to the  Business Insider’s Top 100 People Transforming Business list in 2019. She has been featured on Fortune’s list of the 50 Most Powerful Women in Business for five years running from 2016 through 2020.

UPS brought Carol Tomé out of retirement to make her its first female CEO and also the industry’s first female CEO. She now oversees UPS’s shipping business. UPS is a global shipping and logistics company. It handles over 21 million packages in a day in the US alone.

In her first 100 days of her tenure at UPS, she had a task to steer UPS during the COVID-19 pandemic. UPS’s services have been critical, especially during this period of the pandemic.

Safra Catz has served as a member of the Oracle board of directors and its CEO since 2014. Oracle is a multinational American tech company leading in cloud computing technology.

Safra is credited with helping Oracle acquire more than 130 acquisitions. She joined Trump’s Presidential Intelligence Advisory Board. She has been named in three Forbes lists. She was #15 in the Forbes Power Women 2020, #15 in America’s Self-Made Women 2020, and #2057 in the Forbes Billionaires 2019 list, although she dropped out of the list in 2020.

What is the number of women CEOs in the US?

The number of women CEOs in Fortune 500 companies is 37.

Who is the highest-paid female executive in the US?