You are here: Home / Women On Business Partners / Angular JS Certification – The Best of Web Development 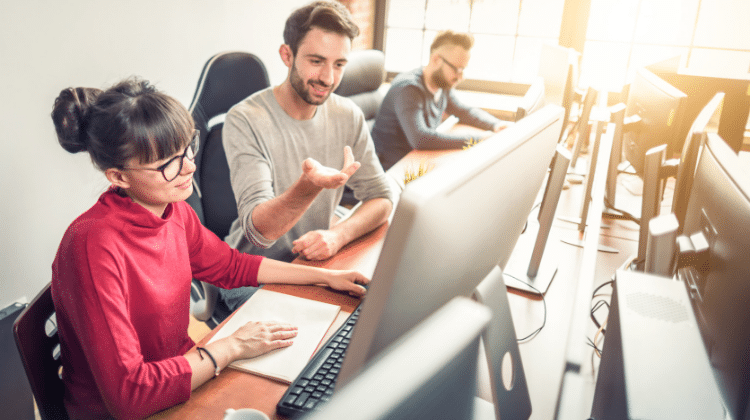 Brought to you by KnowledgeHut:

From internet banking to watching Netflix to group chats on social media, the world is getting connected to dynamic web applications at a breakneck speed. Although multiple people can access the same web application over a period of time once developed, it still needs timely updates and new features, not to mention entirely new web applications that suit ongoing trends.

As a result, there is a proportional relationship between people accessing web apps and people required to build them. What this means for businesses is more revenue. On the other hand, what it means for people who develop these websites is more demand.

Let’s be specific, however. Most websites are non-static in nature, which means they don’t load and appear like a rigid poster (remember the early web pages from the last decade). There is a strong dynamic element to most websites today. Consequently, the demand for web developers who can design dynamic and interactive web pages is greater than ever.

Static web pages are mostly developed with HTML (Hyper Text Markup Language). They’re non-interactive in nature and require a lot of coding time and effort to make them dynamic in any way. Although HTML is great for simple, static applications and pages, it’s not useful in many cases that require higher user interactivity.

Angular JS, a framework that is currently the most popular one for modern web apps, is an open source JavaScript framework by Google. Angular uses the HTML code as a template and extends it to add functions that give dynamism.

In recent years there has been a significant increase in the use of Angular JS, and thus, the demand for developers who know Angular has increased as well. If you have any background in programming, such as Java and CSS, you can enroll for an Angular training course and get the knowledge you need to fill this market demand.

Following are some of the technical and non-technical advantages that Angular provides:

RIAs are internet based applications on the browser that have almost all the features of a desktop application. Take the example of Spotify, which doesn’t need software to be downloaded but behaves in a more or less similar way.

Creating dynamic applications by older methods of development is either very difficult and time-consuming or impossible, depending on the type of web application. Angular has the feature of data binding, wherein it reduces the need for writing and rewriting different parts of code by binding data together. The ability to develop highly interactive applications in much shorter codes is what makes Angular very popular

With the strong support of Google, Angular is open source, and it can be modified based on local requirements and even distributed. It’s also cross-browser compliant, which means web apps developed on it can run on most, or all types of web browsers (except for Internet Explorer versions up to IE8).

Angular allows the use of codes or components that developers have used in other applications, which is another way it saves time and effort. This means, the more applications you’ve developed, the more code you have available for newer apps, and hence, the less you need to write.

Though not a technical point, high demand and higher salaries are probably the strongest benefits of exploring web development with Angular JS framework. With demand for web developers and demand for Angular growing in parallel, it’s the perfect time to be an Angular Web developer.

How Does a Course Help?

Learning the Angular JS framework and its capabilities can take a while. It requires in-depth understanding of the directives like ngBind, ngRepeat, ngModel, etc. as well as different expressions, suych as ‘Rs. {{cost*quantity}}’. Directives and expressions are mainly responsible for extending the HTML abilities, which is the core concept of Angular JS.

Learning Angular may require hands-on training, especially on real-world problems, which is preferably guided by experienced professionals from the same field. This can largely reduce the overall time and effort required in learning. This makes an Angular Certification a truly profitable decision.