You are here: Home / Women On Business Partners / Challenges for the Modern Businesswoman 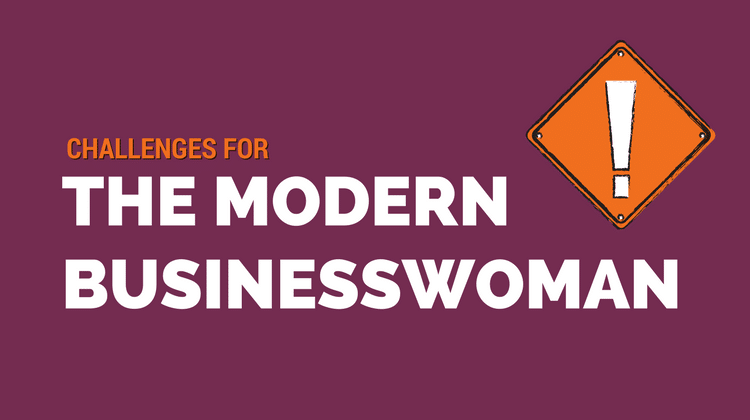 It’s easy for people to assume that since women are actively engaged in all levels of the world of business that the challenge for equality is over. This is simply untrue. Feminism in the business world requires women to be willing to speak up, ask questions, and stand up for unfair treatment of themselves and others.

Unfortunately, the challenges faced by women have not decreased with the wider acceptance of having females in the workplace. Instead, it has brought about new challenges and in some cases, has revealed just how little has truly changed. Some of the most pressing challenges faced by the modern woman in the world of business are changing the perception of stress, facilitating healthier responses to stress, and creating professional environments that no longer promote sexual harassment.

The Perils of Stress

Women who are in a high-stress work environment often respond differently than their male counterparts. For many, it has become obvious that if they discuss the stressful reality of their work with others, they will lose the respect of the team. They may be described as overly emotional or irrational, and their feelings are dismissed. This can cause them to feel as though they are, in fact, inferior to their male coworkers simply because the way in which they chose to express their feelings of stress were different from the methods employed by men.

It’s not true that men don’t feel the same stress in similar occupations or that they handle it better. They simply verbalize it differently and manifest the stress in actions that are more universally accepted as appropriate in the workplace. As women realize this and begin to adapt their behaviors, they may turn to drugs or alcohol to cope with their feelings. This is also true for men, but there is still a stigma attached to it for both men and women who may not be willing to reveal they need the assistance of facilities such as Landmark Recovery.

It’s important for women in positions of authority to help lead the way in developing policies that help employees address stressful situations and environments in ways that are healthy and beneficial. For larger corporations, this might include onsite gyms or therapists. Smaller businesses may need to start with workshops about healthy stress relief techniques.

Sexual Harassment in the 21st Century

Sexual harassment is another issue that seems to be regarded and understood quite differently between the sexes. Many men seem unable to understand the implied threat that is communicated through their words and actions in the workplace. While they may not feel as though they did anything more inappropriate than flirt, it can feel far more confrontational and be intimidating to a woman who is in a position of being physically weaker. Even when women don’t feel physically threatened, their careers can be put into jeopardy if they report the harassment in a company that promotes harassment as a cultural norm.

One of the most astonishing stories of 21st-century sexual harassment recently came from Susan Fowler, a former engineer for Uber. In her account, she details the various episodes of harassment she experienced as well as her textbook and appropriate responses to each. She further illustrates how management within the company helped establish the environment that was detrimental to the careers of so many women. It’s remarkable that such a culture would exist within a modern corporation, but Fowler’s experience has re-opened the conversation and brought an awareness that the issue of sexual harassment in the workplace happens on all levels and in all industries.

In response to the public outcry, Uber has taken steps to publicly and transparently address the company culture that resulted in Fowler and many of her former teammates transitioning to new employers. The company has also made it remarkably clear that it is not the only tech or engineering company to be faced with what should have been an archaic issue that was resolved decades ago.

Women must continue to actively speak out when they witness unfair treatment in the workplace. This is the only way impactful and lasting change will continue to develop. If working within the system of their own company does not provide results, women must then be willing to reach out to a larger audience and hold the entire culture accountable to promote change and overcome the challenges they face.