You are here: Home / Women On Business Partners / Clinical vs. Counseling Psychology: What’s the Difference? 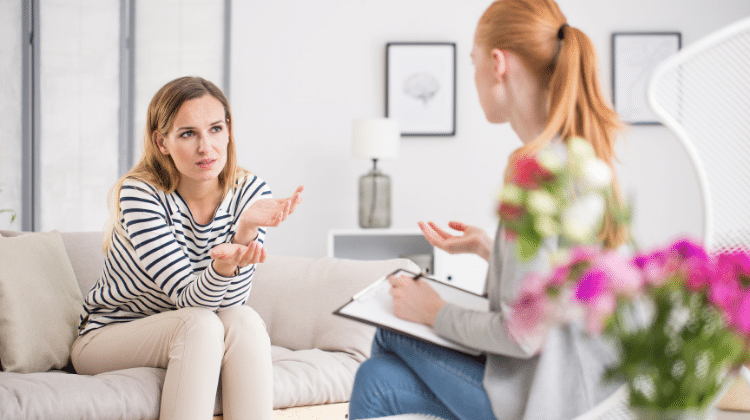 Brought to you by CareersinPsychology.org:

Psychology is a lucrative and interesting field that will see growth of 14% percent by 2028 according to the Bureau of Labor Statistics.

Scanning the American Psychological Association website, it becomes clear that there are many different branches of psychology, but the ones people refer to most often are clinical psychology and counseling psychology.

What is Clinical Psychology?

Clinical psychology, according to the definition found on the APA website, is “continual and comprehensive mental and behavioral health for individuals and families; consultation to agencies and communities; training, education and supervision; and research-based practice.”

It has a broad scope, and it is inclusive of other disciplines both inside and outside the realm of psychology to address the particular psychopathological need of the client.

What is Counseling Psychology?

Again, from the APA website, counseling psychology “focuses on how people function both personally and in their relationships at all ages.”

It looks at concerns people have regarding stress, anxiety, learning disabilities, autism, and other issues. These professionals also provide psychological assessments and evaluations, make diagnoses, and provide direct treatment.

Both branches of psychology evolved during the late 19th century. The word “evolved” is appropriate because psychology has existed since the time of the early Greeks. It was viewed as an outcropping of philosophy but became a distinct science in the 1860s.

The first emphases of the discipline were in experimental psychology, and many differing views arose. Eventually, the idea of applying the theories emerged.

The first psychologists worked in clinics that offered assessment and treatment of things such as learning difficulties and mental illness. Psychologists began to offer psychotherapy, which was a field formerly only approached by psychiatrists.

This was the time of workplace reformation. Children were among those in the workforce who labored long hours in dangerous conditions. Psychology, especially counseling psychology, played a big role in changing the face of labor conditions.

A quick trick to keep the branches of psychology separate is to look at the origins of the terms clinical and counseling. The word “clinical” comes from an ancient Greek word “kline,” which means to lie down.

It refers to the treatment of sick people, in other words, bedside practice. Clinical psychologists treat people with psychopathologies. Counseling comes from the Latin “counsulere,” which means to advise. This especially applied to vocational counselors.

After WWII, returning veterans struggled with many issues. Clinical psychologists addressed their psychological needs, such as PTSD.

Counseling psychologists were more involved in helping them readjust to society by helping with employment and housing, among other things. The two branches became more specialized.

Interestingly, today the fields are growing closer again. There is much overlap in their practice, and the educational programs are similar. The main difference seems to be that clinical psychology stresses psychopathology and training while counseling psychology is holistic and includes many other disciplines.

To find out how to become a clinical psychologist, look at degree programs and study further on the fascinating profession of psychology.