You are here: Home / Women On Business Partners / Do You Have the Skills — and Stomach — to Become an FBI Profiler? 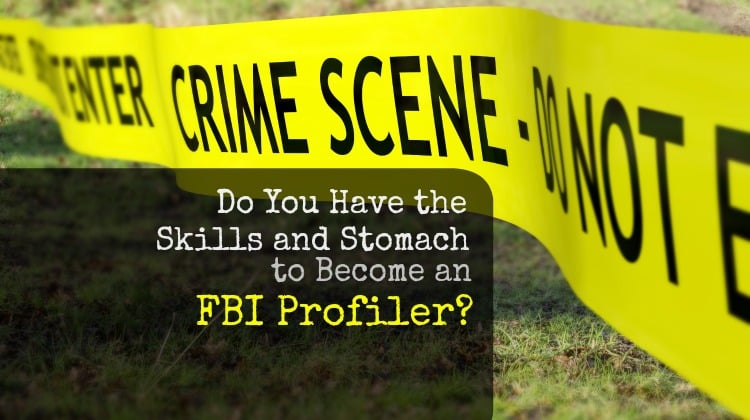 If you’ve ever pictured yourself as the next Sam Waters from “Profiler,” you might have what it takes to become an FBI profiler. FBI profilers, officially called behavioral analysts, are full-fledged FBI Special Agents who’ve learned to develop profiles of elusive criminals.

To launch your career as an FBI profiler, you’ll have to have at least a bachelor’s degree, although the FBI has no specific requirements for a major. A graduate criminal justice degree could give you the edge in getting into the FBI’s Behavioral Analysis Unit (BAU), or you can try a graduate program that combines both psychology and legal studies. Make no mistake — getting into the BAU isn’t easy. Staying in isn’t for the faint of heart.

To apply for an FBI Special Agent position, you have to be a U.S. citizen between the ages of 23 and 36-1/2. You’ll need to prove that you’ve lived in the U.S. or a U.S. territory for at least the past five years. In addition to having a bachelor’s degree, you’ll have to prove that you have three years of full-time work experience. If you have an advanced degree, or if you have training in an in-demand field (computer science, information technology, foreign language, CPA, or J.D.), then you might not have to meet the three-year requirement.

Certain elements of your past could disqualify you from becoming a Special Agent. Failure to file taxes or pay child support can take you out of the running, as can evidence of prior drug use. If you’ve defaulted on a federal student loan, if you have a felony or domestic violence conviction, or if you’ve every tried to subvert the U.S. government in some way, you’re ineligible to become a Special Agent.

You’ll have to pass three physical fitness tests during your Academy training, and you’ll have to pass vision, hearing, and mental health screenings. If you meet the minimum standards for consideration as an FBI Special Agent, and you’re in good enough physical condition to carry out a demanding job, you can apply in-person at your nearest FBI field office.

The FBI Academy and Beyond

There’s a tradition at the FBI Academy called “Reality Check.” An instructor pulls out a collection of firearms from the FBI’s gun vault. The guns belong to agents who were killed in the line of duty while assisting in emergency situations like 9/11, pursuing criminals, or fighting in gun battles. When others run away from danger, the instructor explains, an FBI Special Agent runs toward it. The lesson: If you don’t have the stomach for firearms, and you’re not willing to put yourself in harm’s way, you’ll never become an FBI behavioral analyst.

After completing about 18 months of Academy training, in which you’ll learn about law, interviewing, physical fitness, firearm usage, and psychology, you’ll be assigned to an FBI Field Office. You might not get your choice of location, so you have to be flexible about where you’ll live. According to former Senior FBI Behavioral Analyst Mary Ellen O’Toole, most Special Agents have seven to 15 years of investigative experience before they apply to the BAU. A lot of agents want to work for the BAU, so applying is a competitive process.

Working for the BAU

Typically, BAU agents don’t run their own cases — unlike what you see on “Criminal Minds” — but they provide consulting services for other FBI agents as well as for federal, state, and local law enforcement. If you’re accepted into the BAU, you’ll train for two or three years with a senior analyst. Your work will include analysis, writing, interviewing, public speaking, and spending time studying both group and individual human behavior. Before working with the officers who are solving a case, you’ll pore over crime scene photos and other information from case files. Then, you’ll collaborate with other behavioral analysts to come up with conclusions.

FBI profiler is a demanding job, and earning the title of behavioral analyst usually takes a decade or more of field experience. You’ll have to prove that you can face life-or-death situations head-on, and you’ll have to develop strong skills for managing stress. If you’re up to the challenge, working for the BAU can be an exciting and rewarding job, even if it’s not quite like what you see on TV.