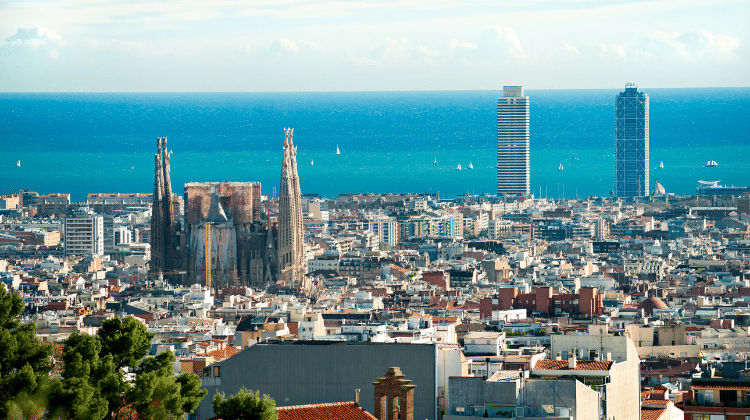 Brought to you by Housing Anywhere:

There is no doubt that taking your higher education abroad will help springboard your career wherever you choose to work. Barcelona – a bustling city in Spain’s wealthiest province of Catalonia – is by far one of the most attractive study destinations for international and local students looking for world-class higher education.

That said, Barcelona is hardly your ordinary city as it happens to be a leader on women issues, especially in promoting education, equality, and leadership for women. Indeed, Barcelona stands out as one of the few cities that elected a feminist government.

The Feminist Capital in The Heart of Europe

The local government of Barcelona has set a bold agenda of “feminizing” local politics giving rise to a wave of women-centered initiatives in leadership, gender equality, and promotion of women in education. You’ll most likely find many of the world’s most educated women in Barcelona in the next few years.

Mayor Ada Colau is the one championing the feminist agenda in the city flanked by a team of highly educated women leaders, and finally, their voice is being heard loud and clear. The future looks bright for women living and studying in Catalonia under her leadership. The city of Barcelona has been known for its feminist movement for years as women had to fight alongside men as early as 1936 in the Spanish Civil War.

Finding a Place to Live in Barcelona

Finding a place to settle in Barcelona can be easy or hard, depending on the route you choose. There are all kinds of options depending on your budget and personal preferences. You can try an online rental platform like HousingAnywhere to choose the best option to live in Barcelona.

Living in Barcelona is a unique experience for those who haven’t been to Spain before. In what locals refer to as the Spanish horario, a typical day will get off to a late start with morning stretching all the way to what some may call the late afternoon.  Afternoons in Spain can go all the way to around 9:oo p.m. Don’t be shocked if you find school kids playing outside way past midnight.

Barcelona is welcoming more and more women scholars to join the academic community in the city. International students are highly encouraged to explore the endless higher learning opportunities to be found in the city.

According to research findings by the UN, slightly over 50% of immigrants living in Barcelona are women with a huge chunk of them studying or working there. Barcelona is a great study destination for women looking to explore a society that puts women’s issues at the fore.

Any woman interested in the global agenda of women empowerment will find Barcelona quite welcoming and mind-opening. It’s here that some of the most inspiring feminist agendas have taken place and continue to take root with the kind of leadership available today. Take the next step in your educational journey by enrolling in a college or university in Barcelona.