You are here: Home / Women On Business Partners / Hiring a Lawyer To Combat the Racial Employment Gap 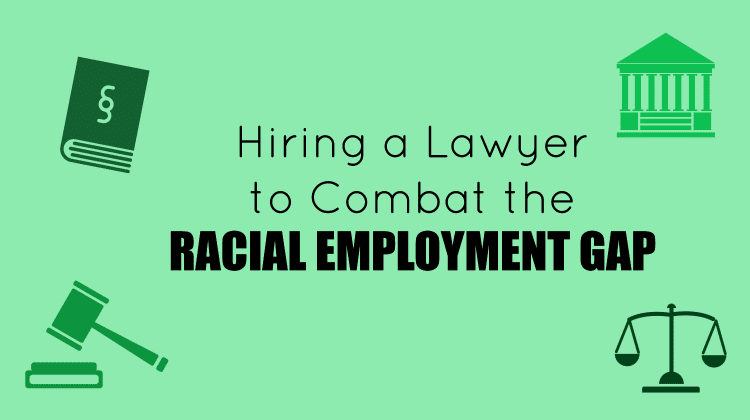 All humans have unconscious biases. These biases could manifest themselves in different situations such as choosing friends, a place to live, even hiring potential employees. In the United States, there is still a noticeable employment gap between African Americans and their white, Latino, and Asian-American counterparts, even with the existence of the Civil Rights Act of 1964, which was supposed to make sure there would be hiring gaps between men, women, and people of color.

What often happens is that employers are not aware of their own biases and are not purposely discriminating against black men and women. However, there are cases when hiring a lawyer could help in ensuring that companies are complying with the law by not rejecting employing certain people due to their race.

Statistically, the racial employment gap tends to negatively black men more than any other groups. Even when compared to other minority groups like Asians and Hispanics, black men still tend to have higher unemployment rates. In 2015, the Center for American Progress did a study scrutinizing unemployment data by race and education attainment. The results showed that African American males with the same education levels as their white counterparts still had twice the unemployment rate than white males.

There is also a bigger racial employment bias in metropolitan areas. In big cities, young black males (between the ages of 20 to 24) had a ten percent higher unemployment rate than white young males. Even when overall youth employment dropped tremendously, there was still a big gap between employment for white and African American young people.

The sluggish American economy has seriously trimmed employment in two big sectors: manufacturing and public service jobs. Unfortunately, there are more African Americans working in these jobs, so they were also let go in massive numbers. Those who lost their jobs often found it hard to be hired in other jobs. In this case, racial employment could play a role in their lower ability to get re-hired.

Most Employers Are Not Purposely Being Discriminatory

Everybody has their own unconscious biases, even though many will claim that they are always neutral. However, no employer is legally allowed to make decisions on who to hire based on race. This is actually a crime, as stipulated in the Civil Rights Act of 1964. A lawyer might be needed in order to make sure that race does not play a part in swaying an employer from refusing to hire someone based on race.

Indeed, many employers would claim that lack of skill is the number one reason they would refrain from hiring someone, even though upon closer scrutiny, they might be unconsciously discriminating based on race. Being unconscious of a personal bias is still considered as going against the Civil Rights Act of 1964. An experienced employment lawyer could make sure that employers do not fall into the racial employment gap.