You are here: Home / Women On Business Partners / How Closing the Gender Gap Will Help with Economic Recovery 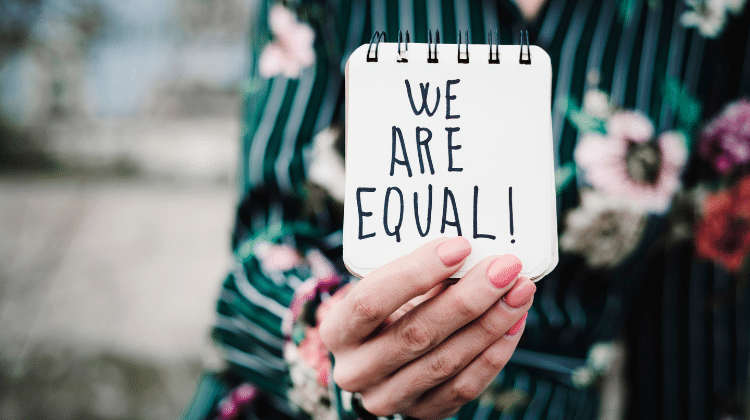 Brought to you by Training.com.au:

The gender gap in the workplace gets a lot of attention in the United States, but it’s an issue that concerns the entire world. According to the Council for Foreign Relations, closing the gender gap has the potential to add $28 trillion to the global GDP.

What does closing the gender gap look like? It’s as simple as giving women around the world the opportunity to earn equal pay as men for doing the same job and to be employed at the same levels as males.

The steps to close the gender gap also contribute to economic recovery, something that many countries are facing as we continue navigating the current global pandemic.

What is Gender Inequality?

Gender inequality can be defined as giving individuals varying opportunities based on their differences, in this case, gender. Ultimately, gender inequality is a social issue that has consequences that affect both females and males around the world.

It’s a problem because the global economy suffers when women aren’t able to reach their potential, both professionally and economically. However, it’s not a cut and dried issue, and there isn’t a simple answer to how to close the gender gap.

Identifying what’s standing in the way of gender inequality is the obvious first step in figuring out how to close the gap. Personal choices are a big influence in the gap and can be seen when women choose to stay home to raise children or forgo accepting leadership positions because they have a family.

However, there are other issues at play too. For example, many countries have no laws protecting women from sexual harassment in the workplace. Where abuse is overlooked, women are less likely to want to (or be able to) keep their job or progress professionally due to a toxic work environment.

Additionally, more women than men are illiterate around the world, making it difficult for them to get a job. Equal access to education and a bank account are other factors that add to the gender gap in some countries. Cultural beliefs, such as prohibiting women from working outside the home and the acceptance of domestic violence and control are a few more considerations when working toward gender parity and a solution to closing the gap.

Finally, simple statistics show that globally women tend to hold lower paying or hourly jobs, something that gets in the way of gender inequality for the mere fact that they aren’t making as much as men, even in similar jobs.

Having a list of barriers to overcome makes it a bit easier to see where work needs to be done to achieve gender parity. Tackling them individually helps women (and men) take appropriate steps to close the gap.

Giving women better and more access to education both in institutions and online is essential. Greater accessibility to online learning provides opportunities for everything from training as a beauty therapist to qualifying as an accountant. Qualifications can be achieved at the learner’s own pace, which gives greater flexibility. Training, education and qualifications increase their chances of getting a job in the first place, but also ups the odds of finding a higher paying job.

Offering women digital payment options and the opportunity to have a bank account in areas of the world where it’s not currently allowed is another way to close the gap. This is a simple way to help women, especially those who are single and on their own, with or without children, to manage their finances, increasing the chances that their income can boost the economy.

Increased legal policies and guaranteed protection for women in the workplace is another way to help encourage and assist females in reaching the same level as males. In some countries, women must have their husband’s permission to work outside the home, and many places don’t have set laws regarding harassment in the workplace. Increasing the presence of legal protection for women helps them feel safer and more confident seeking to work at the same level as men in countries where it hasn’t been the norm.

Finally, women do the majority of unpaid work, including housework and raising children. With so much already on their plates, the time and energy they have to focus on work outside the home is smaller, resulting in fewer opportunities, part-time jobs, and low paying jobs. Finding a way to balance unpaid work with a professional career is another obstacle that needs to be overcome in order to close the gender gap.

Now is the time to focus on closing the gender gap. With many businesses restructuring and getting creative in the wake of the COVID-19 pandemic, it makes sense to make the changes necessary to achieve gender parity in the process. Both women and men need to take part in making the adjustments in the workplace for it to be successful. The great news is that if everyone plays their part well, it will benefit everyone.