You are here: Home / Career Development / How to (or NOT to) Stand Out With Your Resume 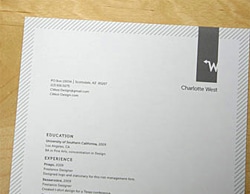 How to (or NOT to) Stand Out With Your Resume

I recently came across an article on MSN careers, titled 20 Unusual Resume Tactics to Avoid. In it, the author, Autumn McReynolds, shared what she believed to be tactics to avoid with your resume, based on the annual CareerBuilder survey.

While there are some of these I certainly agree with, such as starting the more you are paid the hard you’ll work, and saying that you’d be a “good ass” to the company, but there are others on this list that made me think AND remember them. Would they not have the same effect on an employer?

For example, number eight, where the candidate listed that she was “particularly adept at comprehending the obvious”, I thought wasn’t necessarily a BAD thing. Let’s face it – there are some people who CAN’T comprehend the obvious and I’m sure we all know a couple people that are like that.

But the one that struck me as ingenious was 19, where the applicant sent a lemon with their resume and stated “I am not a lemon”. I personally thought this was creative, strong imagery that would be sure to leave a lasting effect. I’m certainly not an HR professional, but I have posted jobs ads and reviewed candidates for positions for not only my own business, but for those of my clients as well, and this tactic would have certainly grabbed my attention.

Have you tried any tactics to grab the attention of a hiring manager – and if so, have they worked for you? Or, for hiring manager and HR professionals, have you received any attention grabbing resumes and how did you feel about them? I would love to hear thoughts and stories from both sides on this!

Hilary Brooks is President, CEO of A Virtual Edge, a full-service virtual assistant company, and Owner of freelance web design company Small Biz Web Whiz. Hilary and her team offer a wide variety of services to busy entrepreneurs, speakers, coaches, and bloggers, providing the office and creative support they need to succeed without all the hassles of hiring a traditional employee.