You are here: Home / Women On Business Partners / Mistakes to Avoid When Laying Off Workers 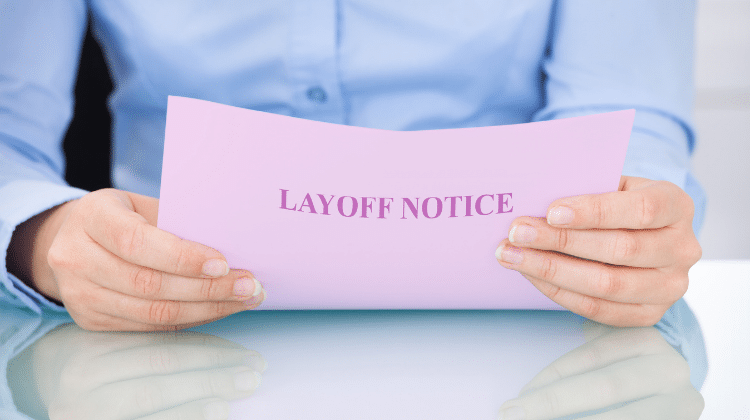 Brought to you by Randstad Risesmart:

As entrepreneurs, we focus on building our businesses and growing our teams over time. Unfortunately, though, market conditions and other factors can change things are beyond our control, which mean things go south.

If your business has been struggling recently, or if you know you need to make some hard decisions and take the company in a very different direction, you may need to lay off workers. This isn’t fun for anyone, but it’s vital to avoid some of the common mistakes in this area.

Firstly, be kind to any employees you have to let go by respecting them enough to give them as much information about your decision and the process as possible. You might not be able to share every detail of what was involved behind the scenes to get to that point, but give out as much information as you can.

Many complaints that laid-off staff make about companies relate to not being told why the issues occurred, if their positions were being closed out or if there was some other reason for the move, and what the severance or other package would be. You need to communicate how much longer team members will be working for before their end date and if they will be gaining access to support of any type.

Companies often go wrong when saying goodbye to personnel because they don’t provide support for these people. It’s never nice to be laid off, but it becomes even worse if your employer gives you the bad news and then makes no efforts to help you plan for the future or land a new role.

It’s wise for firms to invest in well-regarded outplacement services for layoff situations. Outplacement providers will help those affected to strategize next moves, update their CVs and other documents, network, and ace interviews with coaching help. Such specialists can also be on hand to support workers who don’t get laid off but who feel guilty about “surviving” the cuts and are unsure how to move forward.

These services all cost money, of course, but putting your dollars into these avenues can help you retain top talent and keep them feeling motivated and part of the team. They can also help reduce the chances that laid-off workers will speak negatively about the company because of feeling let down by its management.

Mistake: Not Having the Personal Approach

You also want to avoid the mistake of coming across as too cold and uncaring when letting people know they are being laid off. When personnel have been part of a team and worked hard for a business, they want to see some compassion and empathy from managers when bad news gets relayed. Keep a personal approach and offer some words of comfort where possible.

Also, break the tough decision to workers in person in private areas, such as behind closed office doors, rather than in a bulk, impersonal company email or group announcement. Let people have some time to ask questions and vent, as necessary, in the privacy of your office or a conference room, etc., before they have to go out and be amongst their peers, too. Employees will likely be shocked when they hear the news and need some time to process and cry or express frustration when the information is all brand new to them.

Mistake: Laying off the Wrong People

An outcome you want to avoid at all costs is laying off staff members and then realizing later what talent you let walk out the door that you should have kept instead. Try not to rush layoff decisions since you might make the wrong moves and let top people go.

Think about excellent employees who have leadership potential or could transfer to another division or role instead of being let go and having to hire someone completely new who doesn’t know the business ins and outs. Consider internal transfers before you go down the layoff route or encourage impacted workers to apply for open internal positions.

Some other mistakes to steer clear of include failing to offer laid-off personnel decent severance packages, inadequate layoff planning, hiring new people to fill supposedly eliminated roles, and not adhering to business laws about terminations.

Thinking through all your decisions and actions will spare people some unnecessary pain and help your company’s name not get dragged through the mud by disgruntled former team members.