You are here: Home / Women On Business Partners / Seeing the Value of Women in the Tech Industry 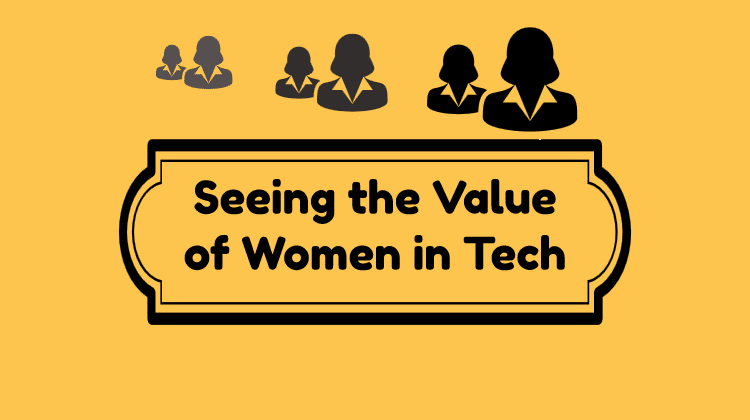 As enlightened as we may claim our society to be, we consistently tend to undervalue a significant portion of our workforce—women. Sure, we don’t clearly advertise that certain jobs are the domain of men and others of women, but many of the tell tale signs remain; things like pay inequality (shockingly, women are still being paid less than men for completing the exact same function) and other forms of discrimination and intimidation are present across many industries. Some women may even feel that work environments are so palpably toxic towards them that employers might as well be explicitly saying, “We don’t want you to work here.”

But women are resilient; for proof, one needs only look at the gains they’ve been making in a sector that until recently, was almost exclusively the realm of those bearing the XY chromosome signature: the tech industry.

To be clear, we aren’t simply stating that there are more women coders and programmers than ever before (which there are); women have completely immersed themselves in the tech industry, fulfilling diverse roles that range anywhere from movie and visual effect director to lead video game designer to CEO of the world’s tech giants.

By the Numbers: Women in Tech

It’s all fine and good to say that women are playing a more vital role in the tech industry, but without taking the time to examine the data, it’s a little difficult to really appreciate where they are now. With that in mind, we’ve put together a list of some of the most impressive stats as outlined in this infographic.

To simply call them trailblazers would be an understatement and wouldn’t do justice to their many accomplishments. For like-minded women who are looking to be inspired, check out the list of impressive women below, all of whom successfully immersed themselves into roles that are typically filled by men:

From finance and aerospace to robotics and entertainment, these women have all proven that they are up to the task. And while it is inspiring to enumerate and learn about them, it is also equally frustrating that in this day and age, we still need to refer to these examples to prove that those of the female persuasion can be just as successful as men in these fields.

Women in Tech is a Global Trend

The rise in the number of women in tech is not something that can only be witnessed in Silicon Valley; it truly is a global trend. Below is a list of cities around the world that contain the largest number of startups founded by women:

As can be seen, in spite of the many inequalities and injustices still subjected to women in the industry, things are beginning to change.Perhaps one day, rather than highlighting the successes of one gender or another, we can simply take a moment and recognize our accomplishments as a whole.