You are here: Home / Personal Development / Solving the Problem of Impossible Female Role Models, One Conversation at a Time 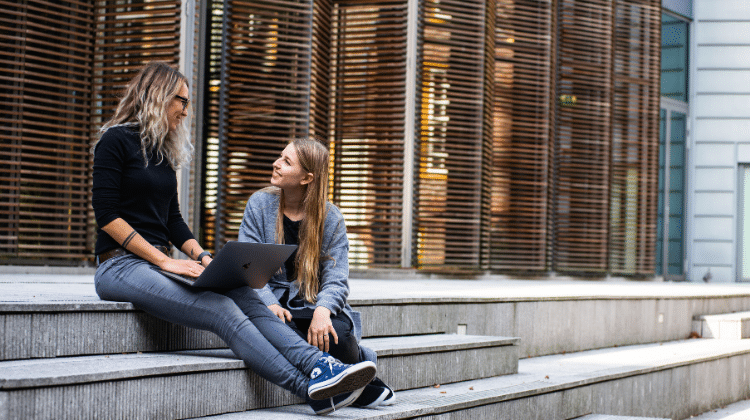 When I first entered the business world, I felt very out of touch with the powerful women I was meant to be seeing as my role models. They had salon blowouts, wore beautiful suits, gave amazing speeches about their success stories, and they never seemed to doubt themselves for a second.

I knew how hard they’d worked to get to where they were, but because I only ever saw the polished, professional side of these powerful women, achieving the same thing seemed totally out of reach for me.

Later of course, I learned that these women were in fact just like me. They’d had their fair share of bad hair days, they’d been made to feel small in board meetings by male colleagues, they’d wanted to rip their bra off at the end of the day and slump on the sofa with a glass (or bottle) of wine – and yes, they’d all made some pretty fundamental mistakes at some point in their careers.

But, as a younger woman, I never knew about any of this. It was only by slowly forming professional relationships, which later blossomed into friendships, that I got a glimpse of anything which made me think that I could ever be anything like these all-powerful, all-knowing female leaders.

Let it be noted here, to blame and shame women in positions of power for appearing polished, perfect and untouchable is nonsensical. Absurd, even. Instead, that blame lies with a) the outdated, patriarchal requirement that women must behave like men to get to the top of their careers and b) the ridiculous scrutiny that women come under, in every sphere, for their appearance.

The salon visits, I later worked out when I could afford my own, were a necessary precaution against the continuous, yet often subtle criticism women receive for how they present themselves. We need to appear as perfect, because we’re given so much less room for error by the system in which we operate.

It is conforming to this pressure which indirectly alienates so many other women who, when looking to the top for inspiration, are greeted instead with the impossible. The cycle of having unrelatable role models then continues.

However, I believe as women who are now in those leadership positions, we have the power to challenge the status quo and break that cycle. We can do it by having more open and honest conversations which inspire vulnerability and truth-sharing.

There is a need to create an ongoing narrative where we can all learn from everyone else’s mistakes, rather than just our own. Far too often, all we hear about is the classic storyline of, “I had a problem, I overcame it and wowee – look at me, I’m so successful!”. But I’ve never met anyone who can really relate to that. We’re nuanced, messy, and complex creatures, so why reduce the story to less than it really is?

Sitting where I am now, with a near 20-year career in business education operating in the international market, I would have longed for a professional mentor to have said to me in my early career, “This is tough, but I’ve been there too. There was this one time when…” and then provided some sort of funny anecdote which would have made everything seem just that little bit less intimidating.

I think women are getting better and better at doing this, but inevitably, it comes down to how vulnerable we want to be with ourselves, which directly influences how much we share with others.

For me, it’s perfectionism that gets in the way. I want everything to be just-so, but once I admit that to myself, and then share it with others, people listen up, and realize that I’m just a woman, standing in front of another woman, willing to share my nuanced, beautiful truth.