You are here: Home / Archives for google plus 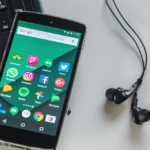 Ever since its launch in 2011, Google+ has not exactly been able to convince entrepreneurs of its importance. Initially touted as “Facebook’s Alternative,” today it has over 2 billion registered users worldwide but only 395 million active users according to StatisticBrain. Google+ may not be considered a valuable social media channel, but it is seen more of a place for … END_OF_DOCUMENT_TOKEN_TO_BE_REPLACED