You are here: Home / Archives for News and Insights Roundup 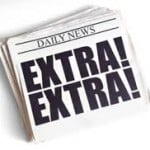 Where’s the Balance in Equality? According to a UC Davis study California business leaders are a century away from their male counterparts.  Women at the very top of the 400 largest publicly held corporations in the state of California.  UC Davis findings show that uneven balance of representation of females on boards and in executive roles. Orange County had the least amount … END_OF_DOCUMENT_TOKEN_TO_BE_REPLACED