You are here: Home / Statistics, Facts & Research / Top 5 Best and Worst States to Start a Business in 2019 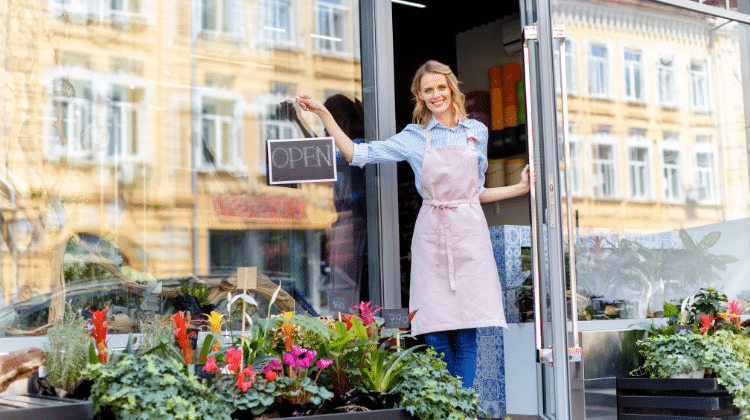 Just as farmers seek fertile land to plant their crops on, entrepreneurs face a similar decision in where they should set up shop. With today’s economic and societal conditions, a business’s geographical setting could be the key to their prosperity or their demise.

According to the U.S. Bureau of Labor Statistics, one out of five new businesses fail within a year of opening and only about half survive for five years. These locational advantages can prove to be essential for a business’s long-term sustainability. WalletHub, a credit score and personal finance company, has recently released a study breaking down which states businesses should steer clear of and which states they should plant their seeds in.

WalletHub’s study ranks the 50 U.S. states based on three dimensions:

These dimensions are supported by 26 relevant metrics. For example, the environment includes metrics such as growth in the number of small businesses, industry variety, and worker engagement. Access to resources comprises the availability of financial and human capital along with the average worker education. The business costs encompass taxation, rent, and labor costs.

Each state was graded on a 100-point weighted scale using these various metrics. The full methodology is explained further in WalletHub’s full report here.

Although Oklahoma falls low on the ranking for education, workforce, and quality of life, it’s the low business costs that allow it to squeeze into the fifth spot on the list.

The Sooner State falls into the number one spot for business costs as the price of living and doing business is significantly below the national average. WalletHub analyst, Jill Gonzalez, says that “It was actually number one just for business costs, which comes down to cheap office space, pretty friendly tax and corporate tax incentives.”

North Dakota’s high score can be accredited to its second-place rank for the business environment. Coming in at the top spot for the highest average growth in startups and most accessible financing, North Dakota has become a prime spot for business ventures.

The root cause of this new economic flow is due to the younger population. According to the U.S. Census Bureau, North Dakota’s median age dropped three years since 2010. This influx of Millennials has proved that North Dakota has a healthy economy and a high quality of life that young professionals seem to be drawn to.

The Bureau also saw a major increase in diversity; with Black and African American populations increasing 211% and Hispanic populations over 119% since 2010.

The Empire State of the South lands a bronze medal for the best state to start a business in 2019.

With a 4.0% population increase due to migration from 2010 to 2018 and a strong 5.0% GDP growth, Georgia falls into fifth place for the business environment. This large hike in GDP is the seventh-largest increase in the nation.

Georgia’s fertile business environment along with its well-developed infrastructure easily help the state find the top 5.

At the number two ranking with a total of 60.21 points is Utah. The state’s official motto is “Industry” and this is supported by ranking as number two for the access to resources dimension. This high rank is attributed to the fact that Utah is one of the most financially accessible states on the list.

Utah also received a second-place spot on the highest average growth in the number of small businesses.

Overall, the state features one of the nation’s fastest growing economies; with exports jumping 24 percent from last year. A Wells Fargo report said that a sound collaboration between business, labor, and government is responsible for this economic surge.

The Lone Star State landed the number one spot on the list as the best state to start a new business in. Texas—home to major corporations such as AT&T, Dell, and Exxon Mobil—carries the nation’s highest score for the business environment dimension.

WalletHub’s report also shows the state coming in fourth for the highest average growth in the number of small businesses.

There’s no doubt that Texas is a national economic hub. According to the U.S. Department of Commerce, Texas has the United States’ second-largest economy at $1.8 trillion in 2018.

Connecticut jumped back three spots from 2018, and it can be attributed to the continued struggle of job creation and increased migration rates. Over 33,000 graduates of Yale University moved out of state in 2017, while only about 26,000 stayed.

The state also has the second-highest business costs nationwide, fifth-highest labor costs, and top ten in cost of living. It’s simply too expensive to set up a storefront or warehouse in Connecticut. The city of New Haven is now offering up to $80,000 to incentivize homeowners to settle down.

Although Hawaii has moved up three spots from 2018, the state remains problematic for new business ventures. Hawaii still has some of the highest labor costs and provides lower accessibility to resources from its eight main islands.

Joseph Burns, director of the Hawaii Small Business Development Center Network, sat down with Pacific Business News to discuss the current economic climate. “Our location makes shipping in raw materials and shipping out finished products difficult, our workforce is thin, and we have a high cost of renting a location, among other things.”

The Granite State’s largest economic disadvantage lies heavily on the availability of human capital. New Hampshire ranks the fourth worst in access to resources. Although the state’s unemployment rate is the third-lowest in the nation at 2.4%, there seem to be not enough hands.

Greg Rehm, founder and owner of Liberty Hill Construction in Bedford says, “We can’t sell stuff because we can’t find people to build…Schedules are getting blown.”

Along with the shortage of labor, recent trade wars have also significantly hurt New Hampshire companies such as Abenaki Timber Corporation who were hit hard with a 28% decline in exports to China.

Yes, another Northeastern state. Although within proximity to economic hubs such as Philadelphia and New York City, New Jersey comes up short on the ranking due to its inflated business costs and weak business environment.

Jill Gonzalez stated that “lower business costs are what New Jersey really needs to become more competitive.” The study shows that the state has the second-highest labor costs and offers the most expensive office spaces in the nation.

Another costly endeavor for prospective businesses is the hefty corporate tax rates that are among the U.S.’s highest.

Sorry Rhode Island, but you are the least ideal state in the country for opening a new business. WalletHub’s report puts Little Rhody dead last overall with a mere 35.29 total points and is ranked the worst for its business environment.

Dilapidated infrastructure also plays a large role in its recent struggles; less than half of the state’s roads are in “acceptable” condition.

Rhode Island’s economic growth has also proved to be sluggish; expanding by a paltry 0.6% in 2018.

According to WalletHub’s study, the Northeast isn’t doing enough to attract new businesses. Four of the five worst states to start a business in 2019 based on the business environment, access to resources, and business costs are in the Northeast.

What do you think of the research results? How does your state rank?