You are here: Home / Women On Business Partners / What Are the Two Most Common Types of Harassment? 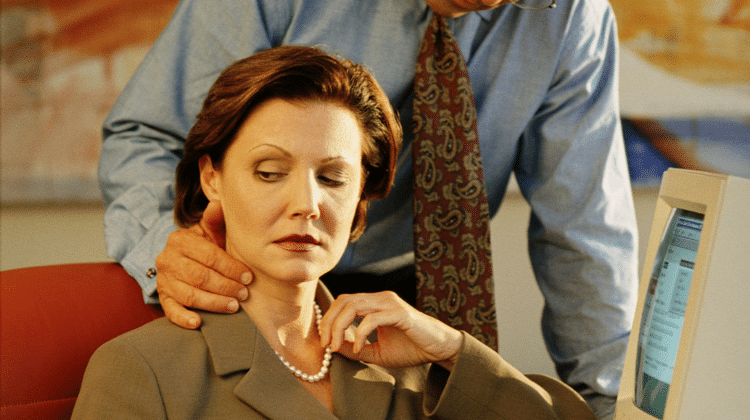 Brought to you by Spivak Law:

Harassment, in particular, sexual harassment is a problem that has gone on in the workplace for far too long. Contrary to most beliefs, this kind of harassment is less about sex and more about power. It’s a way for the harasser to establish their dominance over the victim. Women are more commonly the victims of workplace harassment, but it can affect men as well.

When translated from Latin, quid pro quo means this for that. In the context of workplace harassment, it’s when an employee is offered a workplace benefit in exchange for sexual favors. That benefit could be in the form of a pay raise, a promotion, or something similar.

Another version of quid pro quo harassment is if the employee is threatened with termination, demotion, or some other punishment unless they engage in a sexual relationship with the person making the threat.

In the case of quid pro quo harassment, the perpetrator is usually someone in a position of power and/or authority over an employee. This form of harassment stems from the power imbalance inherent in that kind of relationship. The higher-ranking person exercises their power over the lower-ranking employee, and the lower ranking employee might think that they have to comply.

That is one of the reasons why quid pro quo harassment is so common and so pervasive; most workplaces have some sort of managerial hierarchy and there are those who are willing to abuse their higher rank to exploit those employees of a lower rank.

Whereas quid pro quo harassment is usually between a higher ranking employee and a lower-ranking one, a hostile work environment can occur among employees of any rank.

This type of harassment is when an employee creates a work environment so toxic and uncomfortable that it starts to affect an employee’s job performance. The harassment doesn’t have to be sexual in nature, though it can be; in fact, this form of harassment can be relatively subtle or completely overt.

A hostile work environment could involve a coworker constantly telling sexually explicit jokes, sharing graphic memes, displaying pornographic pictures, or discussing their sex life. The hostile work environment doesn’t have to be sexual in nature, it is simply the case of one or more coworkers making others feel extremely uncomfortable or unwelcome.

How To Deal With Workplace Harassment

The first thing anyone who experiences any kind of workplace harassment should do is report it to management or human resources. Most companies have rules and protocols in place for dealing with harassment and will try to rectify the situation. If the company refuses to take any corrective measures, then you should consult a sexual harassment attorney to help you take legal action.

Even if you don’t believe the company will take action, you should report the incident of harassment to the manager or HR anyway. That way you can prove that you made the company aware of the situation and they did nothing to stop it.

Even before you report the incident or contact a lawyer, you need to record each incident of harassment. You should record the times when it happened and the nature of the harassment because that will help you build a stronger case should you end up going to court.

No one should have to endure harassment in the workplace, so make sure to take the right steps if you become a victim of workplace harassment.