You are here: Home / Women On Business Partners / Why Are There So Few Women Investment Fund Managers? 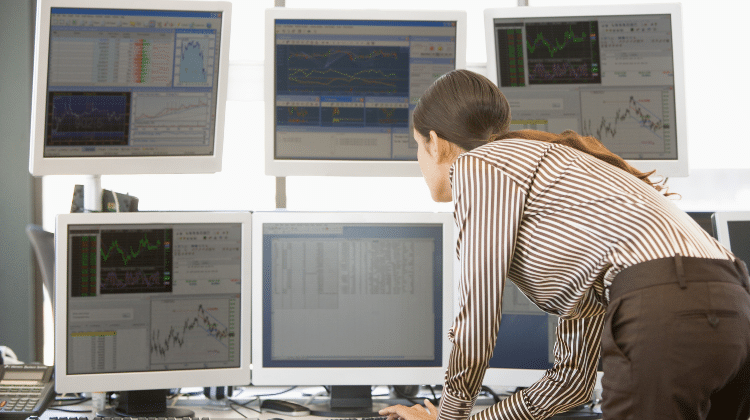 Brought to you by Villanova University:

Investment management has always been a male-dominated career. Despite some changes in recent years, men continue to outnumber women in large numbers. It’s estimated that 85% to 90% of all positions in this industry are filled by men. However, companies are missing out by not hiring more women to manage investments.

Is It Linked to Performance?

A study by Morningstar showed that there was no evidence to support the idea that gender affects investment management performance. The study looked at track fund performance and track manager performance. After applying the same industry standard tests, it showed that women can manage money just as well as men.

The study also did not find historical evidence for men outperforming women in investment management. There was no data that showed funds run by men were better than funds run by teams of both genders or teams of only women. The study revealed gender is not statistically significant in equity or fixed-income asset classes for determining performance.

Is It a Perception Problem?

When you examine job ads for investment fund managers, they are careful not to discriminate and avoid any language that shows they prefer to hire men. Nevertheless, the numbers don’t lie and show mostly men are being hired. If performance isn’t the issue, then do men and investment firms perceive women to be less financially savvy or less driven?

Are women not aggressive or competitive enough? Or do women prefer not to get into investment management because it’s seen as too aggressive an industry? Although there are tests you can take to measure aggression, this characteristic is not seen only in one gender. Both men and women can be aggressive.

The answer is difficult to find, but it may have to do with a cultural problem. Many companies are used to hiring men and may not be open to hiring women. The Morningstar study worked to change a common perception in the industry that women are not as good at investment management as men. In addition, women may avoid working in these roles because they may not feel comfortable in a male-dominated area.

Is It a Lack of Education?

Some may argue that women lack the qualifications that can open doors to a career in fund management, such as a master’s in business administration (MBA). An MBA is a popular degree option that 70% of employers are interested in seeing when they look to hire candidates.

Today, more women are pursuing higher education and getting an MBA. An estimated 30% to 40% of all MBA students are female. Since these numbers are starting to get closer to 50%, education doesn’t explain the hiring differences in the industry.

Are There Too Few Female Role Models in a Predominantly Patriarchal Industry?

Do women hold an unconscious bias that fund management is a man’s world because they don’t see many women in the field? It’s possible that a lack of role models stops some women from pursuing a career in investment fund management. Not seeing enough women succeed in this job could stop others from thinking about it.

The traditional view of appropriate jobs for men and women could play a part in this. Some think that men should manage money, and women should manage the home. Investment management is a difficult job that can make it hard to juggle family and home responsibilities.

Some women avoid these types of careers because they’re worried that it will make it hard to have a family and take care of kids. Investment fund management is not known for being a flexible option. They work long hours and have many meetings.

Although women tend to approach investing a little differently, men are often overconfident and take greater risks, which can backfire. Women often take a more balanced approach. A mix of the two work styles is complementary and can benefit an investment company.

Gender diversity has also been shown to increase a company’s productivity and profits. Having a diverse workplace can make it easier for people to learn from each other.

Female investors may feel more comfortable or have more trust in a female fund manager. It’s important for customers to have options when they’re looking for investment management help.

If you look at the number of male investment fund managers versus female, then it’s easy to see that men outnumber women significantly. However, there are many benefits to hiring women, and companies should explore them.