You are here: Home / Women On Business Partners / Why Emotional Intelligence is Indispensable for Leaders 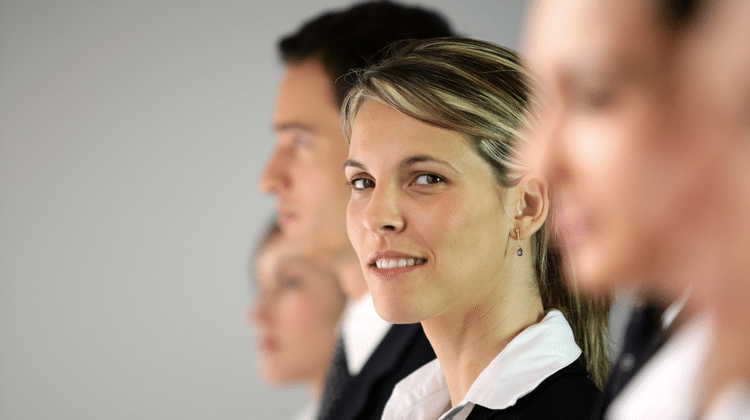 From its modest beginnings as part of a larger theory of an alternative type of intelligence over 30 years ago with Howard Gardner’s seminal book, Frames of Mind: The Theory of Multiple Intelligences, emotional intelligence has grown into its own as one of the most highly sought after characteristics in leaders today. According to The World Economic Forum, emotional intelligence is ranked in the top 10 key skills that will be needed for work in 2020.

Lack of emotional intelligence in an employee, especially one in a position of power and influence, can wreak havoc on an organization. Leaders with low emotional intelligence may come across as insensitive, arrogant, and intimidating and can impact the people around them by dragging down the overall climate of morale and motivation.

At its worst, a leader with low emotional intelligence can be a serial harasser and display unwarranted acts of aggression and emotional volatility. Travis Kalanick, former CEO of Uber, became perhaps most famous after shown in the back of the car, arguing with the driver – essentially, his own employee – in a heated debate, where he berated the driver repeatedly. As a leader well-known for being abrasive, Mr. Kalanick is a prime example of leading with low emotional intelligence.

Emotional intelligence has been shown to be related to job success, leadership effectiveness, sales, customer satisfaction, and general well-being, among other performance dimensions. Many practitioners now understand that a person’s emotional intelligence can be as much if not more important than cognitive ability to one’s success in the workplace.

What is Emotional Intelligence?

Although the theory of emotional intelligence appears to have first been described in the 1995 book Emotional Intelligence – Why It Can Matter More Than IQ by Daniel Goleman, it has been with us longer than that, in various guises, since at least 1964.

Emotional intelligence has been defined as “the ability to monitor one’s own and other people’s emotions, to discriminate between different emotions and label them appropriately, and to use emotional information to guide thinking and behavior”. It has been alternatively described as either a type of intelligence (more like an ability), or as a trait (more personality-based).

The current conceptualization of emotional intelligence, at least in academic circles, is to view as a set of somewhat overlapping models: the ability model, the mixed model, and the trait model, with the mixed model being, as you might have guessed, a set of skills and competencies.

The mixed model is probably the one that is invoked most often in the leadership domain. It is a set of related characteristics, such as self-control, self-awareness, relatability, and having keen insight into the emotions of other people, rather than a single, unitary concept.

The Skill of the Future

Sarah Payne from Globoforce writes that today’s workers of all ages want more from their jobs than just a paycheck, such as meaning, values-based recognition, a sense of belonging, and even the celebration of important life events in the workplace. As the adage goes, employees leave managers, they don’t leave companies.

The World Economic Forum refers to a fourth industrial revolution, which is quickly becoming today’s reality. Klaus Schwab of the WEF writes: “In its scale, scope, and complexity, the transformation will be unlike anything humankind has experienced before.” They characterize it as a fusion of technologies that is blurring the lines between the physical, digital, and biological spheres that has the potential to disrupt almost every industry in every country.

Technological advances, such as artificial intelligence, robotics, the Internet of Things, autonomous vehicles, 3-D printing, nanotechnology, biotechnology, materials science, energy storage, and quantum computing are ushering us into this new era, and there is no looking back.

Emotional intelligence did not even appear in the top 10 skill set for 2015, but is included in the top 10 for 2020, according to The World Economic Forum. It is well documented that the work of leaders is becoming more volatile, uncertain, complex, and ambiguous (VUCA).

VUCA is an acronym that was coined by the US military to describe the extreme conditions in Afghanistan and Iraq in the 1990s. Very quickly this was adopted to describe the challenging environments that organizational leaders face today. There is just more pressure on leaders today to be more effective and to produce measurable results, sometimes in very fast-moving, ambiguous environments. This can cause a lot of stress for leaders.

Working well under stress requires an ability to manage one’s emotions, and leaders with higher levels of emotional intelligence are more aware of their internal states and are, therefore ,better able to initiate countermeasures to control their stress levels. They may have better support systems within and outside of work, which helps them stay productive even when working under pressure and uncertainty. The increasing rate of change in the workplace is likely to increase work-related stress and increase the value of those who can handle it well.