You are here: Home / Women On Business Partners / Women Are Making Waves in the Trading Industry 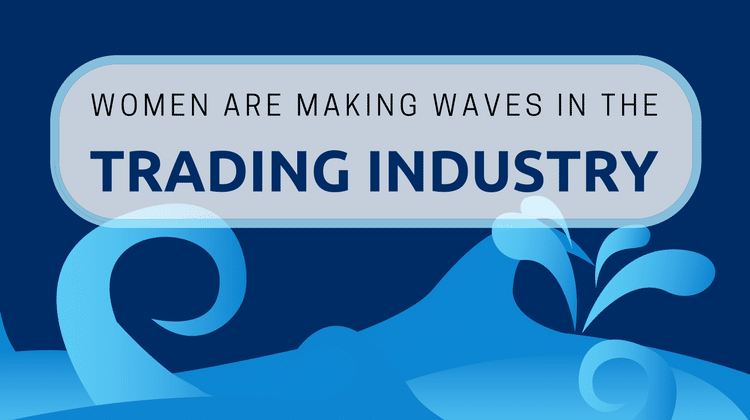 The typical image of Wall Street traders in suits running around and screaming at the top of their lungs has undergone a sea change in the past decade or so. For one, gone are the screaming and hurrying traders who used to throng the floors of exchanges. Instead, in the modern trade scenario, everyone is behind a computer screen.

Second, gone are the suits. Instead, men and a large number of women have made their forays into the online trading industry! Yes, it might sound surprising to some, especially since media has mostly portrayed trading as a male dominated industry, but as times have changed and the scales of gender equality have leveled out, women have gained a stronger footing in day trading.

Breaking it down even further, there are three main factors behind women finding success in trading. While most of these factors are generalizations of personality traits and thus, might not be applicable for every woman out there, there is a high chance that if you are a woman, then you possess one or more of the qualities that give you an instinctual edge over your male peers, especially when it comes to trading stocks and shares.

One of the key requirements to becoming a successful retail trader is having a good hold on your emotions and not succumbing to the pressures of panic trading. As most experienced traders are well aware, market fluctuations aren’t always in the scale that predictions estimate, and sooner or later, a giant dip in the market does come along.

Men being fueled by adrenaline are more likely to make a rash and emotion-driven decision of bulk selling in order to cut their losses while women are generally prone to sit tight, ride out the dip, and sell once the market has somewhat recovered. This is because women’s brains are hardwired to better handle emotional stress and fluctuations, and they’re often calmer than their male counterparts in high pressure situations like these.

While it’s possible to earn big money through trading stocks on the day market using just an online platform, this doesn’t immediately translate into the fact that anyone armed with a laptop and a good internet connection will immediately begin making money the minute they’re introduced into trading. In fact, trading is quite ruthless, and someone going into it without any prior knowledge of the market is as good as gambling away their money at a casino.

However, women tend to be more prudent with how they spend their money, and as a result, most women who get into trading spend multiple hours going through resources and becoming familiar with the market as well as the stocks and portfolios that they’re looking to trade. All this time and effort spent on research eventually pays off, and the woman trader, on average, ends up making much more smarter trades and netting more profits than a similarly experienced male trader would.

Most people look into day trading as a retail trader not as a full time job but mainly as a quick source of secondary income. While it is possible to maintain a full time job and conduct trades with automated platforms, big success does require sitting in front of a laptop screen and monitoring each movement of the market in order to act quickly. Since women are typically better multi-taskers than men, they’re better able to do the required close monitoring. This leads to immediate gains as they can ride highs better than others who don’t have as much time to keep an eye on their trades and as a result, typically have to make conservative trading choices.

While all of these are traits that are invaluable for a day trader, common traits shared by successful women day traders make them ideally suited for the cryptocurrency trading market. With the crypto market being incredibly volatile, the chances are ripe for alert women to make a killing with various trading platforms. Even if Bitcoin seems like too much for an initial investment, there are various alternate cryptocurrencies out there. In fact, for some of the more stable alts, a single litecoin trade placed online can net several thousand dollars in a span of hours.

The world of day trading is rapidly evolving and women can be at the forefront of this change!