You are here: Home / Reader Submission / 4 Misconceptions about Women and Leadership in Business 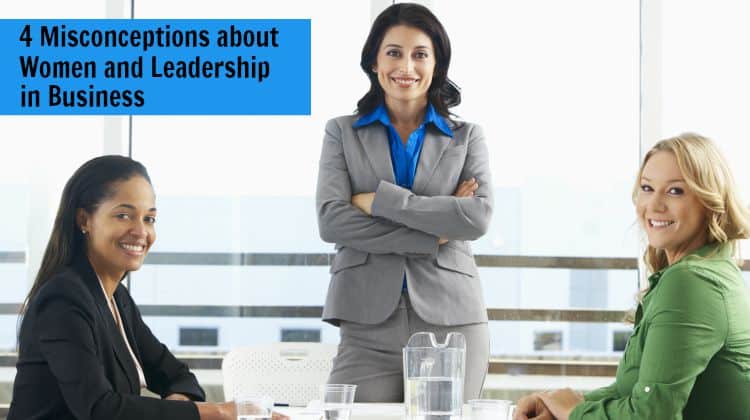 Women executives have often been portrayed in movies as being fearless, fierce, but also alone. However, this–among many others–has always been a common misconception about women leaders running a company or business.

Here are just some of the most common misconceptions about women and leadership and the truth behind them.

1. Having kids and raising them get in the way of being a top executive.

People think that being in a senior leadership role requires giving up a loftof family time. Maybe it’s the reason women executives are portrayed as single and alone in movies. However, in reality, it’s actually the opposite.

Those who rise to senior leadership roles are the ones who have a firm control of their schedules and those who have learned how to find the balance between work and family time. After all, it takes a strong set of management skills to be able to manage two demanding aspects of life properly.

2. Women aren’t as assertive as men when it comes to leadership style.

People often associate assertiveness to confidence, but the two aren’t always mutually inclusive. Compared to men in senior leadership positions, women tend to be more grounded as they are more mindful of the risks and take these more into consideration before doing action plans.

While this usually gets interpreted as lacking confidence, there is no definitive research that shows this is a conclusive basis for men and women with regard to their career moves.

3. Women executives don’t help with the career development of fellow women under them.

This is another misconception that is based on the stereotype that exists says women executives don’t help other women with their careers, but this has no conclusive basis to be considered as actual fact. Statistics show that women leaders actually tap into their company’s talent pool to not only source women talents but a gender-diverse set of individuals to fill the needed roles.

In the U.K., studies show that men advance four times more in their careers than their female counterparts. However, this doesn’t always translate to women not aspiring to advance in their chosen careers or become an executive.

In the end, misconceptions shouldn’t define what women can or cannot do. After all, professionals, regardless of gender, are perfectly capable and free to define the parameters that matter to them with regard to their own success in their careers.