You are here: Home / Women On Business Partners / Australia’s Fight for Gender Equality 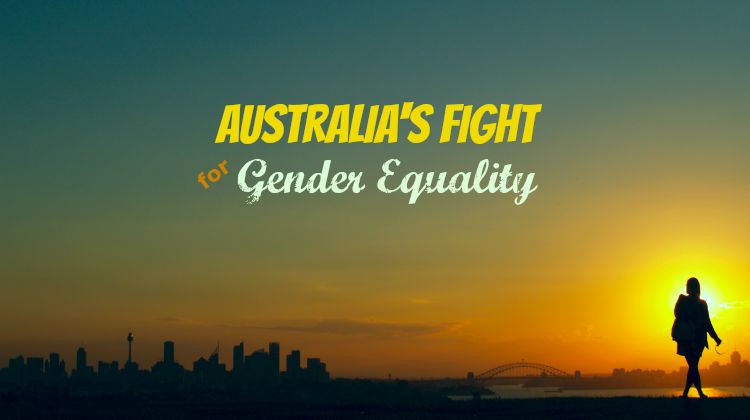 Australia is a beautiful country known for its unique wildlife, exotic outback, and the Crocodile Hunter, but what often goes unseen and undiscussed about Australia is the government’s focus on creating and expanding gender equality as part of both its domestic and foreign policies.

Australia’s domestic policy is heavily influenced by the continuing struggle to ensure gender equality within the nation. In 1976, the Office for Women (OFW) was founded. Today, it continues the battle it began waging nearly a half century ago.

In order to accomplish this, the office tracks indicators and evidence of gender inequality as gathered and supplied by the Australian Bureau of Statistics. Three main areas are examined in order to create new litigation, polices, literature, and outlets for dialogue and discussion on this topic. These include:

The head of Australia’s foreign policy who fights for global gender equality is the Ambassador for Women and Girls appointed by the Prime Minister of Australia. Some of the responsibilities of the Ambassador include traveling to speak with representatives of other nations and organizations in order to support measures, initiatives, and dialogue with the greater global community on issues of gender.

Primarily, the Ambassador assists in the eradication of global violence against and trafficking of women and girls, the promotion of peace-building in areas of violence, the elimination of gender-based discrimination, and the economic and political advancement of women where men are unequally represented in leadership and decision-making positions.

The current Ambassador, Ms Natasha Scott Despoja AM, has attended the United Nations (UN) Commission on the Status of Women, Asia Pacific Economic Cooperation (APEC) Women and the Economy Forum, the UN Security Council Open Debate on Women Peace and Security, the Global Summit on Ending Sexual Violence in Conflict, the G(irls) 20 Summit, and the Association of Southeast Asian Nations (ASEAN) Commission on the Promotion and Protection of the Rights of Women and children.

MAMPU is a four year program that began in 2012 and will end in 2016. Financed with AUD60 million, MAMPU works with organizations in Indonesia to promote community, government, and private sector solutions to the effects of poverty on women within the region, including increasing employment for women while attending to their particular reproductive and maternal health needs and creating social protections to which women will have access in cases of domestic violence.

Pacific Women is a similar program but with a longer time span, a budget of AUD320, and a focus on enabling both men and women together across all 14 Pacific nations to engage in activities that will improve women’s opportunities within the region. The major goals are to expand the political, economic, and social representation of women and their interests at every level of leadership and decision-making while fighting to decrease violence against women and increase access to social support services for female survivors of violence.