You are here: Home / Reader Submission / Command the Room but Don’t Be Commanding: The Problem with Intangible Feedback 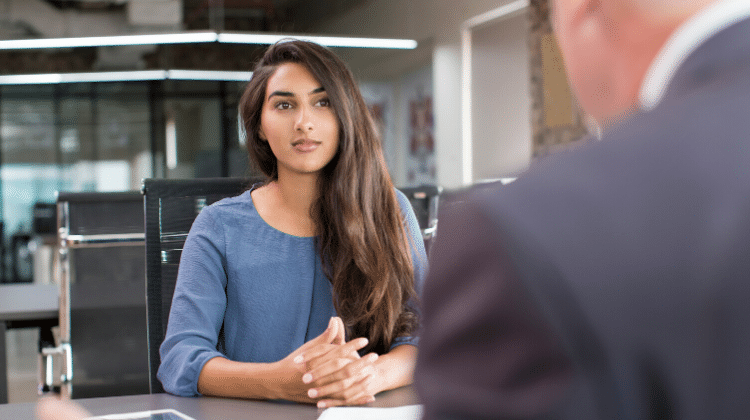 Many women are plagued by feedback that is unclear, not actionable, and feels like a moving target. They may get conflicting feedback like I did when I was told I was both “too strategic” and “too tactical” by the same boss.

If that sounds familiar, you’re not alone.

In a favorite episode of the I Hate My Boss podcast, a listener wrote in that her manager did not even try to be appropriate when he told her she was not up for promotion. He simply said she had not been promoted “due to intangibles.” During what she described as an “interesting” performance review that lasted for nearly two hours, the young woman was instructed to get more experience and become more assertive. Maybe then she would qualify for a promotion.

Be More Assertive: The Ultimate Catch 22

She knew with certainty that in the company’s other locations she would already be at a higher level based on her work quality and responsibilities. The fact that her leaders were looking for intangibles and telling her to “command the room” led her to the realization that no woman had ever held that position and possibly no woman ever would. Her boss even admitted that men were promoted to or made-up positions because they made a lot of noise about it.

Host Liz Dolan has seen this situation more than once. She calls intangibles a red flag and says feedback to “be more assertive” is not only the second red flag but the ultimate catch-22 for women. “They tell you to be more assertive, and then the moment you are, they fire you.” Basically, Dolan says, leadership wants you to command the room but without being commanding.

This is a classic double-bind for women – a lose/lose situation where if a woman does assert herself, it’s seen as abrasive or unladylike. Sadly, women are often given intangibles vs. clear, measurable goals.

You Are Just Too (Fill in the Blank)

A Thrive Global article by Jena Booher titled “Too Edgy, Too Nice, Too Much!!” describes yet another barrier women often encounter. “Inevitably, at the end of every year during my year-end review, my managers would report I was ‘too edgy’ and I needed to pull it back. What did this even mean?”

Jena was stumped because, just like in the example above, managers could not tell her what this feedback meant or why it was a problem. After some reflection she determined that “too edgy” meant not conforming—she just didn’t fit in, even though she did good work.

She later polled hundreds of women who had been told they were too (fill in the blank) at some point in their careers. The list includes but is not limited to:

A friend told me she actually cried after reading this because she’s been called every single one of these things at different points in her career.

Jena then asked the women to translate what was “too” about themselves by viewing it as a unique strength. Interpretations included a female founder whose interpretation of ‘Too Much’ was that “her presence, energy, and appetite for life is all TOO intimidating.” One of my own, too quiet, was re-imagined as reflective.

What’s your “too” and how can you embrace it?

Mikaela Kiner is the founder of Reverb, a Seattle-based consultancy focused on people operations. She spent 15 years in HR leadership roles at local companies including Microsoft, Starbucks, Amazon, PopCap Games, and Redfin. She serves on the board of Businesses Ending Slavery and Trafficking (BEST) and is passionate about Seattle startups, inclusive culture, and coaching high potential leaders. Mikaela is the author of Female Firebrands, due out in January 2020.