You are here: Home / Books for Businesswomen / Leadership and Feminism 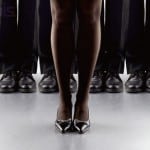 In our recent GUTSY WOMEN LEADERS retreat I showed a video of Isabel Allende when she was a presenter at a TED conference. She is one of my favorite authors; her novels are filled with the depth of what life is all about; love, sorrow, misunderstandings, and the courage to change.

She mentions a conversation she had with her daughter who stated emphatically that feminism is old, stale, and no longer valid. Allende, with passion and annoyance suggested that her daughter think again. “Give it another name” she didn’t care, she offered some alternatives, call it “Barbie” if you must. What she did not want to have happen was to let the great work of courageous elders be stuck in a back drawer to get moldy.

What it means to be GUTSY in America, this very privileged country, is so different than in other parts of the world. Here is an example: on a 20/20 ABC program a group of teen age girls were asked if they would rather be fat or lose an arm, they all stated they would rather lose an arm. What a powerful statement about what really matters and how young females see themselves.

On the other hand around the globe there is evidence of huge numbers associated with rape, murder, and female infanticide. There are “safe houses” being built to harbor young women against female genital mutation.

How can this be? It is the 21st Century. There are women in Congress, in academia, and seen as prime time newscasters. Read and weep. Then read and be seen. Read and become angry and fan the flames of feminism into a roaring fire. The book “Half the Sky: Turning Oppression into Opportunity for Women Worldwide” is a must for all women and male leaders.