You are here: Home / Reader Submission / Platform Businesses Founded by Women are Shaking Things Up 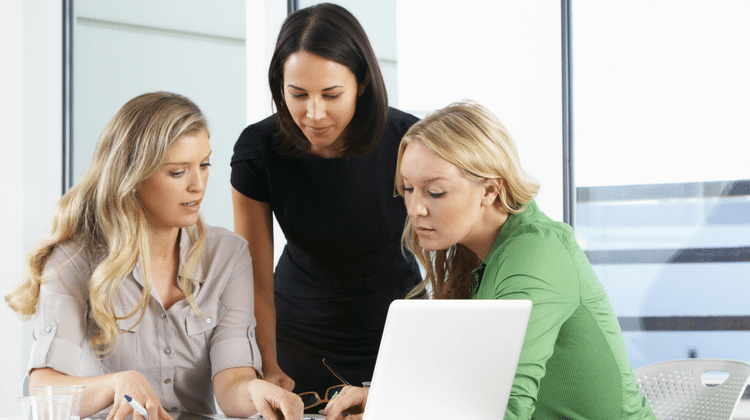 Despite the fact that women make up half of the world’s population, they don’t comprise half of the workforce, particularly when it comes to STEM (Science, Technology, Engineering, and Mathematics) based businesses and startups. This stat could be written off as an anomaly if the number was something like 45%, but it is, in fact, closer to 25%.

The good news is that things continue to change for the better. The number of female entrepreneurs and women in tech is on the rise, and there have been several key figures that have led the way and are serving as in inspiration for those who want to do the same.

Successes are occurring for women on multiple fronts. For starters, women are rising into prominent positions of power in businesses like Facebook and Yahoo, and in doing so, they’re demanding that the world pays attention and gives them the respect they deserve.

Outside of the industry giants, the small business economy has seen its fair share of these successes too, as female entrepreneurs have proven they know how to take their small businesses and turn them into a credible force to be reckoned with.

These women in tech are indeed changing the industry for the better. Here we have outlined some of the critical successes that show just what these women are capable of and how they’re changing the world.

Twitter can be used as a marketing platform. If you think this is obvious, then you have likely been influenced, whether knowingly or not, by the work of Laura Fitton. Fitton was one of the first people to take this idea and act upon it.

She founded a Twitter app store called OneForty that was later bought by HubSpot in 2011, a company that has gone on to achieve massive success. Laura also co-wrote Twitter for Dummies, which only proves that she has an understanding and mastery of the platform that most will never match.

Julia Hartz got her start in television working as an executive at MTV Networks and FX Network before deciding in 2006 to make her debut in the tech industry. She made this leap by co-founding Eventbrite, one of the world’s most successful event organization services and one in which she still serves as the president.

All too often these considerable successes come at the cost of the employees lower down on the company ladder, but Hertz has striven to make sure that this is not the case. As a result, Eventbrite has been declared one of the very best places to work in the Bay Area of Los Angeles.

Alexa is the CEO and founder of Learnvest which launched in December 2009. She dropped out of Harvard Business School just after winning the ASTIA business plan competition. The purpose of this platform is to offer tools, content, and financial planning for women that covers everything with the inclusion of consolidating your debts to saving for the future.

Dr Rashmi Sinha proved that she was a force to be reckoned with before she ever entered the tech industry. She initially completed a PhD in Cognitive Neuropsychology before deciding that academia and lab work were not for her after all. At the time the field of online technology was gaining traction, and it was here she decided to invest her considerable talents.

She has co-founded various successful companies, like Uzanto, working as a consulting company for household names like eBay and SlideShare, which is the world’s largest community for sharing presentations and was acquired by LinkedIn.

Have you ever seen a meal while on the go and eagerly searched the web to find out what it is and where to get it. We have likely all wished for a way to quickly identify these mysterious dishes that look so good. Alexa Andrzejewski is the person who went out of her way and did something about it.

She already had plenty of experience after spending time advising new companies on how to build their own user-centred platforms. She took that experience and combined it with a great idea demonstrating the all too rare willingness to do more than merely think how nice it would be for something to exist. It is in turning these ideas into realities that Alexa and the rest of these women have catapulted themselves to the forefront of the tech industry.

Shan-Lyn Ma is the founder and CEO of ZOLA, a startup that is reinventing the wedding registry and planning experience at large. ZOLA has been entirely a success that can be attributed to Ma’s commendable expertise in product management and of course her iOS and Android expertise.

Zola is currently at $40 million funding and has over 300,000 registered users. As more people continue to be connected to the internet in developed and developing countries, it seems like the future is bright for Zola.

Women Proving STEM Fields Don’t Have to Be Male-Dominated

The tech industry is currently considered to be a male-dominated field, particularly in the case of STEM-based businesses. However, these women prove that this doesn’t have to be the case and very soon will not be.

For those that are still in doubt, remember that computer programming was initially considered to be a woman’s discipline and that it was a woman who wrote the code by hand that put humanity on the moon.

Tosin is a marketing specialist and Founder of Marketbl the first startup marketing platform, based in the UK. A former Web and App developer, when she’s not helping startups grow, she’s tinkering with tech.