You are here: Home / Archives for blogging tips 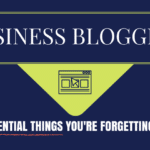 After spending hours in front of your keyboard, you’ve finally finished a new post for your company’s blog. You think it’s great, and you can’t wait to see it start racking up comments and shares. You hit publish, and wait for your new blog post to take off. Oh no! You forgot to do something important. In the rush to hit publish, it’s easy to forget some essential steps. … END_OF_DOCUMENT_TOKEN_TO_BE_REPLACED 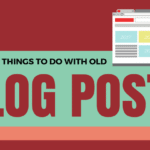 If you’ve been blogging for a while, you probably have a large archive of posts. While your old blog posts may have been popular at first, they’re now gathering dust. After you spent so much time working on your posts, it’s a shame that they’re not getting any attention. Your great blog posts deserve a second chance to get seen by a wide audience. But how can you make people … END_OF_DOCUMENT_TOKEN_TO_BE_REPLACED 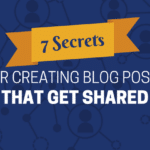 Do you spend hours creating blog posts only to get no social shares? This is frustrating for any business owner, but it’s a common problem. Most posts receive few social shares. In fact, more than half of blog posts receive two or less Facebook interactions! After doing the hard work of writing a blog post, you want it to reach the widest possible audience. Social shares can … END_OF_DOCUMENT_TOKEN_TO_BE_REPLACED 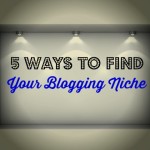 Blogging is a great way for a business to show their personal side. You can give people a behind the scenes view of how you run your business. Maybe you want to share how you choose the business tools you use. You might even want to introduce your team members. But for many people starting a blog seems like a huge undertaking. 4 Common Questions about Business and … END_OF_DOCUMENT_TOKEN_TO_BE_REPLACED 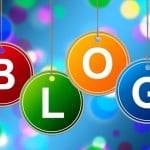 Most business owners know the importance of content marketing in today's digital marketing world. Content marketing is one of the best ways to increase brand awareness and position yourself as an industry expert. However, content marketing is not synonymous with mass-producing blog posts day after day. There is more to a great posts than churning out post on your business … END_OF_DOCUMENT_TOKEN_TO_BE_REPLACED 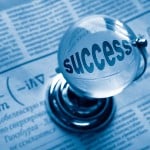 The second full workweek of 2014 is here, and if you haven’t put last year’s challenges behind you or taken the lead on 2013 to-do list holdovers (including past-due invoices), you’re f—d. Starting the new year in the red, mentally and financially, doesn’t necessarily spell failure, but it does conjure up feelings of being frustrated and frazzled—a frame of mind that … END_OF_DOCUMENT_TOKEN_TO_BE_REPLACED