You are here: Home / Archives for BusinessWeek 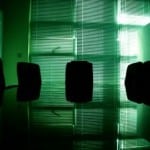 In a new ranking of public companies without women in top leadership from Bloomberg Businessweek.com, it was revealed that 5.8% of the companies in the S&P 500, "remain all male in decision-making roles, with no women on the board of directors or among the company’s top five highest-paid officers." Perhaps the most surprising company on this list is Discovery … END_OF_DOCUMENT_TOKEN_TO_BE_REPLACED

Suzy Welch had a successful career before she married former General Electric (NYSE: GE) CEO Jack Welch in 2004.Â She graduated from Harvard, worked as a reporter for the Associated Press and as an editor for the Harvard Business Review.Â She even published a fiction novel, but she reached a whole new level of success when she married Jack Welch, which opened additional doors … END_OF_DOCUMENT_TOKEN_TO_BE_REPLACED