You are here: Home / Archives for sexual discrimination 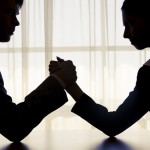 Hilary Clinton and Sheryl Sandberg of Facebook are just two of the women who were interviewed for MAKERS: Women Who Make America, a documentary of social history narrated by Mery Streep which will air on PBS on February 26th. MAKERS was developed by PBS and Simple Facial Skincare. The documentary chronicles the last 50 years of the women’s movement by highlighting the … END_OF_DOCUMENT_TOKEN_TO_BE_REPLACED