You are here: Home / Archives for women presidents 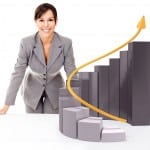 The Women's Presidents' Organization released the results of its Economic Impact Survey which offers key statistics about women-owned businesses and women presidents in general. According to the survey results, two out of three women presidents (65%) achieved positive growth during the first six months of 2013, with one out of two (50%) hiring new employees and nearly two … END_OF_DOCUMENT_TOKEN_TO_BE_REPLACED