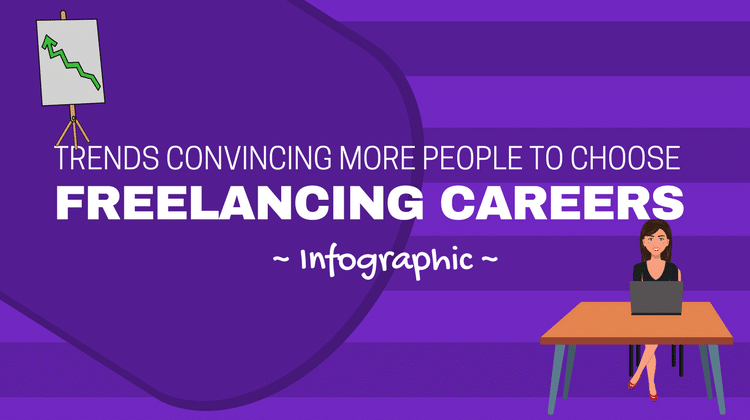 Full-time employment or freelancing, what’s better? The US workforce is voting with their feet. Between 2014-2016 up to three million people fled their 9-5 jobs and struck out on their own.

Freelancing gives people much more freedom and flexibility to organize their lives. That much is clear. But the flipside is the volatility that comes when working on your own. Can you count on a steady income? Will you be able to find work from one project to another with any measure of predictability?

Recent research and statistics reveal that freelancers are in an increasingly better position compared to their full-time peers, at least according to what matters to the former.

The majority of newly-minted freelancers, according to Upwork‘s most recent “Freelancing in America, 2016” report, were able to make more within a year since leaving their full time jobs. And consider that the same report cites that their workweeks are only 36 hours long, on average.

During those 36 hours, 79% of freelancers report that they feel more respected, engaged, empowered, and excited to start each day. Most of that satisfaction comes from being able to chose what to work on.

And apparently there’s no shortage of work. Half of the people surveyed by Upwork report that they are able to find projects they would work on in less than three days. Those who are more picky still come out good — nine out of 10 freelancers say they’re able to find work in under two weeks.

Finding Freelance Gigs is Easier than Ever

Finding work is easier than ever thanks to websites that cater to freelancers. The big two are Upwork and Freelancer.com, but many more are springing up.

Some are niche specific, like 99designs for designers or WeGrowth for marketers. Some try to stand out by including rigorous screening processes to make sure only top talent makes the cut — less than 3% in case of Toptal.

Fiverr started as a simple service where people offer five dollar gigs. It used to be a good place for freelancers to advertise their service by offering bite-sized versions of their services, but now, it has developed into a full-fledged freelancing network where some gigs cost as much as $10,000.

The first step is opening a profile on any, or better yet, several freelancing sites, and start looking for offers.

This is most notable for software developers of all kinds, followed by digital marketing experts. According to data from Glassdoor, freelance web developers can make about $6,000 per month on average (although variations are high). Those wages could climb further still, because there has been a 100-200% increase in demand for their services in last few years, according to stats from Elance.

Copywriters, digital marketing, and social media experts of all kinds make around $3,000 per month. The demand for their services is also on the rise.

Experts in finance and management, legal and engineering have less luck as freelancers because demand there is stagnating.

Upwork’s “Freelancing in America” report also reveals that freelancers are more likely to participate in skill-related education and training. They do it to strengthen their skills instead of it being a job requirement. This creates further opportunities for other freelancers who may be able to offer consulting services.

New platforms are springing up to facilitate this kind of knowledge exchange. A recent incumbent in that space has been Zeqr (which created the freelancing infographic below), a website connecting experts and knowledge zeqrs for one-on-one live video tutoring sessions.

Janja Jovanovic is a passionate growth hacker at KickAss Growth with an M.A. in multimedia communications and public relations. Her fields of expertise range from marketing and communications to sales. Janja helps startups develop and execute digital marketing strategies, optimize their online presence, and apply SEO strategies.