You are here: Home / News and Insights / United States To Add 5 Million Millionaires By 2017

The economic decline has been a popular topic in the 2012 U.S. Presidential campaign, but for the five million people in the United States who are expected to become millionaires by 2017, that topic probably isn’t as important.

Robert Frank of CNBC shared some important statistics from the Credit Suisse Global Wealth 2012 report about the status of millionaires around the world, including:

The chart from Credit Suisse’s report below shows the biggest gainers and the biggest losers of millionaires between 2011 and 2012 with the U.S. firmly in the lead. 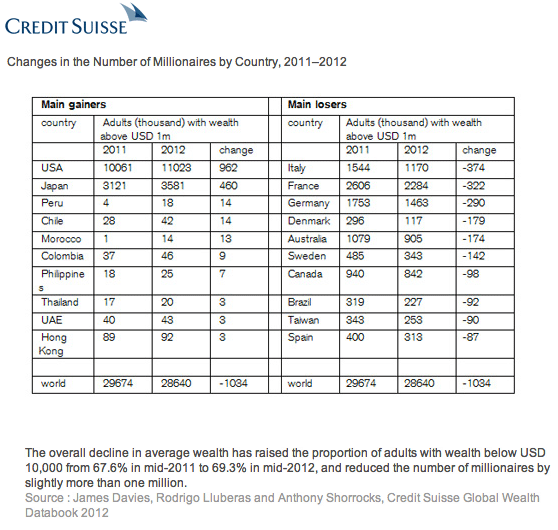 I wonder how many of those millionaires will be women.

Get the details: Decline? US Will Add Five Million Millionaires By 2017 via www.cnbc.com