You are here: Home / Women On Business Partners / Ways to Help Women Succeed in Business 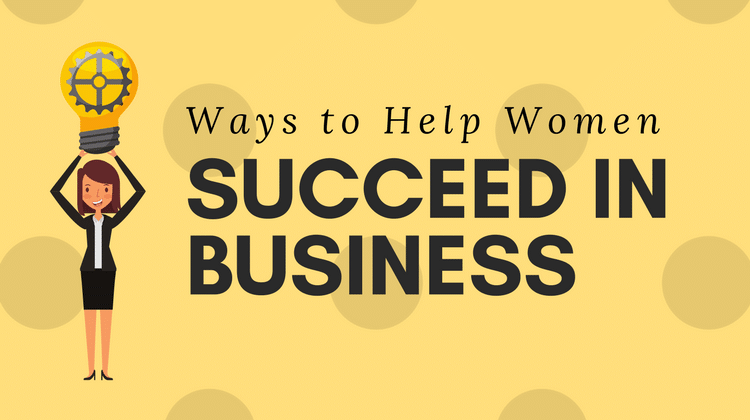 2017 was definitely the year of women. It was the year when women were finally able to speak out against harassment and expose those who have harassed them. It was a huge movement considering that a lot of women have become victims of abuse and they have chosen to sweep everything under the rug.

Women have tons of potential. They have to be heard especially in the field of business. They are more than just their looks. They can contribute a lot to move a business forward. Here are some ways to help women reach their maximum potential in business.

Board room meetings are composed mostly of men. Women should be given the chance to speak. They should not be immediately shut down, but have the same voice as men. It’s easy for men to point to women’s gender as a reason for their frustration especially when they disagree on certain topics. Regardless, women should be allowed to speak and be heard. Their ideas should also be recognized and be held valid.

Give Women the Chance to Get a Position

Women should be given the chance to reach top positions and should not be left on the sidelines. It’s easy for men to move up the ladder, but it’s often a challenge for women. The key is for men to recognize the potential of women and to also let women in power help other women who are struggling to move up. Women in universities should also be given the chance to get free coaching so they have the tools to do well in business.

If you have a wide social network, let women opening a small business get in it. They can network with your connections so they’ll have the chance to expand their own connections. This is one way they can start making their businesses and themselves more recognizable and popular. This also motivates them to push further because they have the help they need. Several women have become more confident after seeing their businesses grow with the help of social media. It allows an even playing field especially for those who work really hard.

Women can have incredible careers in the field of business. They should have the chance to really showcase their potential. Gone are the days when women were not trusted to take charge. We have seen a lot of women investors like Varsha Rao, and they are very successful. There will be more women following this path if they are given the opportunity. Exposing abusive men was just the first step. Building up women and making them more empowered is the next step. We should all move in this direction.