You are here: Home / Career Development / Women and Men: Is Partnership Really Possible? 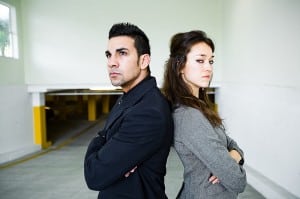 This is such an exciting time of pattern busting. By that I mean the old ways are falling fast and furious. We are no longer willing to shove bad behavior under the rug. We are questioning old ways and questing for new ways.

I believe the most fascinating and long overdue microscope is now being put more strongly on male-female relationships in a way that is neither condemning nor accepting “the way it was”.

Jane Galvin Lewis’ quote is a powerful one “You don’t have to be anti-man to be pro-woman”. I would like to take this one step further and suggest we all begin to think pro-relationship. This complex place of the interaction between a man and a woman needs deeper and further exploration.

With David Letterman front and center, John Edwards not far behind, Eliot Spitzer stage left, and Bill Clinton quiet in the background, and that’s just to name a few, it appears that there is a desire to look at power and sexuality in a new light.

When I talk of partnership I certainly mean more than fair wages, the ability to expect respect, and promotions based on skill and talent rather than under the cover favors. We need to find the time and place to hear each other and learn from each other. So here is a true story, no, not about an affair, it’s about how I got a good dose of understanding how men are also struggling with finding their place with us.

I was leading an off-site for a group of 30 folks who wanted to have their business unit move from the middle of the company up to the top tier in sales. On the second of the three day meeting several of the gals asked if I would have a time alone with the guys so they could plan a surprise. Here is how it played out:

We had been talking about work/life balance. The women (group was pretty evenly divided) did most of the talking. Men were pretty quiet. So, I asked the men if they would like some time to talk without their female counterparts there. There was a resounding “Yes”. So, the women had time to plan the surprise and the men had time to talk. I figured it would be max, an hour.

Then my dose of understanding! I was the only female in the room with about 15 males ranging in age from 30-58. We were there for over two hours and could have continued if there had been more time.

There was a great deal of sadness and frustration in the room, peppered with a sense of helplessness. These men felt caught between the proverbial rock and a hard place. They often had wives who worked, yet were still seen as the main wage earner. They wanted to participate in helping at home, in fact many proudly talked about their cooking skills. They wanted to be there for the children’s sports and plays and yet often were out of town when that happened.

There was upset that their female counterparts were the ones who could get the time off for kid matters before they could. If, many said, they voiced a comment about reverse discrimination they were looked upon in a negative way. At one point, the stress over the top, one man began to cry saying “Don’t the women ever think we hurt too?”

When I suggested we bring the females in the room also, most of the men shuddered. They did not want to be seen as vulnerable. Yet, for me the most important part was this: they did not feel they could be strong in a conversation with these women. They did not know how to express their emotions in a business setting and they were fearful the women would counter attack without really listening.

Here is how it ended. Later that evening there was a time to talk together. The women were asked to write down their thoughts and not interrupt. The men were shy and tentative when they began to talk. I was not sure they would be willing to be as open as in the afternoon. Once they revved their engines they did speak from a heart place not often seen in their work environment.

When the women were offered times to talk the comments were short and caring. The themes were “Thank you”….”I never knew you cared so much”….”I never looked at it from a man’s perspective before”…..”How can we be more helpful with each other?”

That off-site took the team to #1 in sales by the end of the year. But that is not the most important part of the story. An on-going dialogue began about new ways to partner together. And the best part was at the Christmas party. Spouses, male and female were talking about the lessoned tension and better good will they were finding at home. They said that behavior patterns had changed; the men were more open and the women more aware of their husband’s struggles than ever before. Partnership is possible.