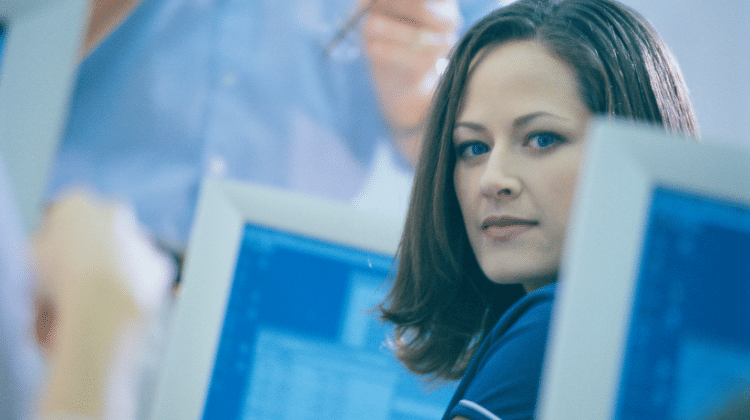 Brought to you by Simplilearn:

The number of cybersecurity breaches is growing rapidly with new hacking reports hitting the news cycle all the time. This explains why the U.S. Bureau of Labor Statistics projects the number of cybersecurity jobs will grow at a rate of 26% for the decade ending in 2026. That’s a lot higher than the 7% growth rate projected for all other professions during the same time period.

Considering Cybersecurity Ventures estimates that women are expected to hold just 20% of cybersecurity jobs around the world by the end of 2019 (up from 11% in 2013), there is clearly a big opportunity for women to join the industry, and becoming an ethical hacker is an excellent way to do it.

Who is an Ethical Hacker?

An ethical hacker (white hat hacker) uses the same tools and knowledge as a malicious hacker (black hat hacker) but in a lawful way to identify a network or system’s security risks. Ethical hackers use penetration testing and other techniques to proactively flag vulnerabilities that could allow unauthorized intrusion to networks and systems.

Ethical hackers are trusted by companies, government agencies, schools, and more to identify and remediate risks related to a wide variety of potential threats, such as:

The primary responsibility of an ethical hacker is to keep the employer’s system and network secure by identifying any internal or external threats (e.g., using social engineering concepts like dumpster diving to search through trash bins for passwords, notes, or anything with information that can be used to by a malicious hacker to mount an attack).

With that said, the answer to the question of who is an ethical hacker is simple – men and women with a knowledge of networking, programming, and coding who are passionate about cybersecurity. If the idea of reverse engineering the hacking process to proactively protect an organization and its customers and/or users gets you excited, then becoming an ethical hacker might be the perfect career path for you.

Many employers require that you have a certification, not just to prove your knowledge and abilities related to ethical hacking but also to show that you’ve stated in writing as part of the certification process that you agree to follow all laws and abide by a code of ethics.

The data shows there is a significant opportunity for women to enter the cybersecurity field, and becoming an ethical hacker is a great way to do it if you’re passionate about stopping malicious attacks and have an interest in programming, coding, and networking.

Importantly, to succeed as an ethical hacker, get the appropriate training and consider taking the certification exam to set yourself apart from other job candidates. Smart companies are already looking for women to join their IT and security teams, so now is the time to pursue your new career in cybersecurity as an ethical hacker.