You are here: Home / Reader Submission / 3 Ways Women Entrepreneurs Can Close the Gender Gap in 2017 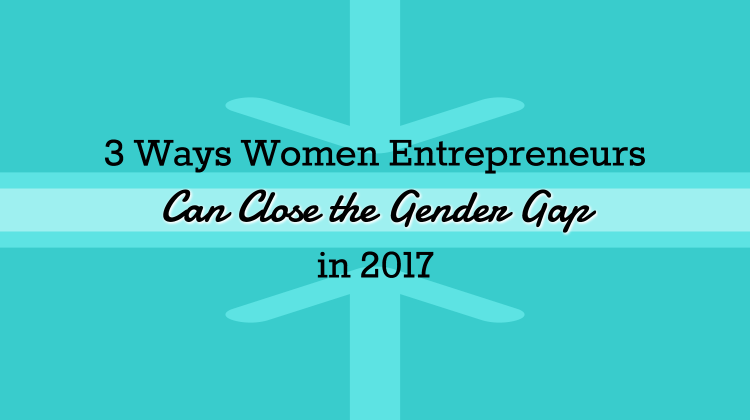 Women in the U.S. enjoy unprecedented freedoms — but we still have a long way to go before we’re seen as equals to men in the workplace. While the intention to change is more widely acknowledged today than ever before, the gender gap stems from an attitude that’s deep-seated in many companies.

Investor and entrepreneur John Greathouse recently wrote a column for The Wall Street Journal suggesting women should mask their gender on the job in order to avoid discrimination. While he later apologized, it’s these kinds of ideas that seep into the board room and often discourage or prevent women from earning CEO and executive titles.

I remember being in a particularly difficult meeting with a leader who was personally degrading a female member of my team. When I called out his behavior, I was told I was being hostile. When a male colleague jumped in and made a similar point, he was praised as being assertive.

It’s easy to let these kinds of situations get under your skin, but you can also see them as opportunities. If we can prove that what society considers to be our weakness is actually our strength, we can start a whole new female empowerment movement — one where we change what’s around us instead of changing ourselves to lead more like men.

We tell women to be more assertive, but that kind of suggestion is a double-edged sword. Women bring their own attributes, perceptions, and behaviors to the table that make them unique and excellent at so many things. Instead, make no reservations about who you are — because that’s what can set you apart at work.

Here are three strategies women can use to empower both themselves and each other:

1. Understand that you’re different, not weak.

Women perceive things differently, deal with issues differently, and react differently than what has become acceptable in corporate culture — which was built around how men operate. Once this nuance is acknowledged as just a difference and not a weakness, we can open the dialogue about where we go from here. Incorporate this difference into how you coach and mentor other women.

2. Give other women the room to speak.

Early in my career, one of my bosses would turn to me in meetings and say, “What do you think about this idea?” In an otherwise crowded and boisterous room full of men, this gave me the opportunity to state my case. That experience was life-changing because it taught me I had something valuable to add — all I needed was an opening.

3. Associate with people who have similar visions and passions.

Find people, companies, bosses, and peers whose values align with your own. This requires a deep understanding of what motivates you and where you want to go, but once you have a crystal-clear idea of where you belong, find people whose vision is the same as yours. Oprah talks about taking this one step further and finding people whose level of passion for these values matches or exceeds yours.

Ultimately, women are stronger than they acknowledge, and the challenges we face in the workforce make us stronger leaders. Many women leave behind families and children to come to work. They know the price they pay every minute of the day, so they work hard. Be proud of that. Wear it like a badge, and keep doing what you know you’re good at. You cannot be ignored.