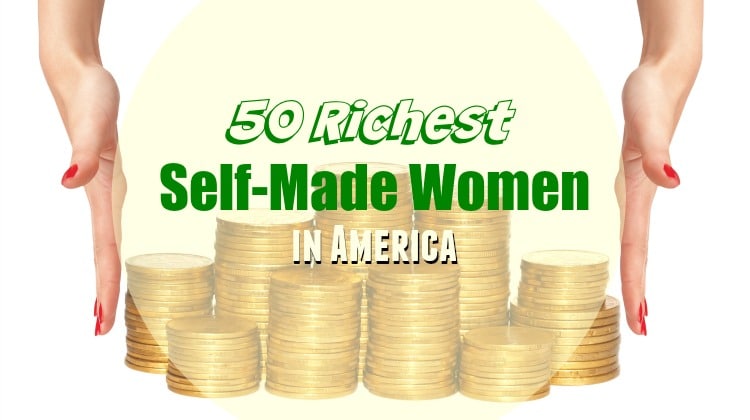 Forbes has launched a new list that ranks people by wealth, and this one is dedicated to women who made their own money rather than inherited it or acquired it by some other means. The list of the 50 richest self-made women in America in 2015 includes entrepreneurs, corporate executives, designers, celebrities, and an author.

The bar to get on this list was quite high. Women had to have a minimum net worth of $250 million from their individual assets, which includes their investments in public companies as of May 15, 2015. To value private companies, Forbes used expert input and comparisons to similar public companies.

Most importantly, to get on this list, women had to have made their fortunes substantially by themselves. If they started their businesses with their husbands or a partner, Forbes adjusted their wealth proportionate to their share of the business. Also, all of the women considered for the list had to be U.S. citizens or their primary residences are in the U.S. with their main wealth also in the U.S.

This is the first year that Forbes has compiled this list. Take a look at the top 10 richest self-made women in America below. How many names do you recognize?

The youngest woman on the list took the top spot—Elizabeth Holmes who founded a blood testing company, Theranos, in 2013 after dropping out of Stanford. Interestingly, Eren Ozman ranks at #19. She is chairman of Sierra Nevada, which is the biggest female-owned federal contractor in the United States, and Thai Lee (#19) owns SHI International, which is the largest woman-owned company in the United States.

You can follow the link at the beginning of this article to view the full list of the 50 richest self-made women in American in 2015 on the Forbes website. The full story will be available in the June 15, 2015 issue of Forbes magazine.