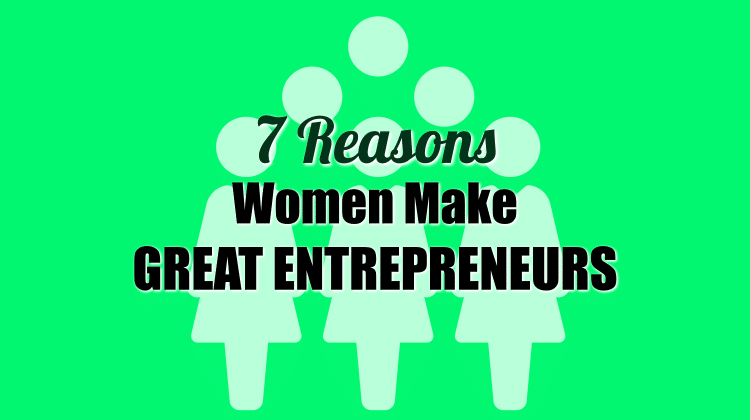 There has been a rise in the number of entrepreneurs over the past 30 years who dare to be different and strike out with their own brand of business and leadership style. They “do different” and are not afraid to take risks, stick their neck out, and put their heart and soul into a company or idea they truly believe in. Some are mavericks, some are charismatic, but they do share a number of characteristics.

These characteristics or traits are part of defining who they are, and as human beings, we all can be distinguished by our actions, attitudes and the behaviors that we possess and exhibit in our daily lives. In the news, we hear of individuals being described as fearless, persistent, cultured, dependable, and many more positive descriptions. Conversely, negative traits such as arrogant, unruly, surly, and unfriendly, to name but a few, will be bandied around as well.

In 2012, an analysis of a survey of more than 10,000 people, undertaken by Dr Paul Irwing of Manchester Business School in the UK, found that men and women shared a distinct group of characteristics. However, only 18% of males had the typically “female” set of characteristics. The paper published in the Public Library of Science One Journal stated that the analysis carried out by Dr Irwing, “clearly rejected the idea that there are only minor differences between the personalities of men and women.”

It went on to explain this is why, for example, you would find fewer women in engineering, and that people self-select careers because they fit their personality traits. Women show more warmth and sensitivity than men, who in turn demonstrate more emotional stability, vigilance, and dominance. Looking at the number of successful female entrepreneurs today, it becomes clear that they have tapped into those distinctly “female” characteristics and used these traits to work for them.

So what are the characteristics or traits that have got these women to where they are today? The top “female” traits, according to the survey, are self-awareness, self-forgiving, multitasking, creativity, passionate and warmth, resourcefulness, inclusivity, and comfortable being uncomfortable.

Sociophobia ranks as the second highest phobia that people list when asked, and this is the fear of embarrassment or being humiliated in public for saying or doing the “wrong” thing or wearing the “wrong” clothing in a social or public setting.

Women are comfortable with being uncomfortable because they have had to juggle many interactions from puberty onward. This is a useful trait to have because if you are going to be the first to speak up or the only woman in a room of male executives, you will be able to hold your ground and your composure. Women are good at going beyond their comfort zones because they have had to face this many times in their life.

When you have to balance the needs of a growing family alongside maintaining a good and caring relationship with your partner and you have a deadline to meet with your customers or bank, you become adept at plate spinning. On the way to the office, you have already carried taken the kids to school, planned the evening’s supper in your head, and booked the kids into an appointment with the dentist. Women have mastered the art of time management and delegation, and this makes for a great entrepreneur.

Anita Roddick built up the Body Shop from scratch because she was passionate about not testing cosmetics on animals and had a firm belief in natural organic products with recyclable packaging to reduce the impact on the environment. Successful entrepreneurs build a business around what they really love to do best, and women are very good at this.

Some of Australia’s top female entrepreneurs — such as Emma Welsh, co-founder of Emma & Tom’s — cite developing and fostering business relationships and treating people fairly as paramount. She ensures she has the best people working for and with her and treats them well so her business flourishes. The same goes for her customer service ethos. Women are good at working with others and building up working relationships, even with those who are in competition, and it does pay to know your competition.

If a woman makes a mistake she will not let this rule her, but she learns from it and is not ashamed to admit it. If something does not work out, then there is another route to take to move on and upwards. Leanne Faulkner, who founded Billie Goat Soap, was very successful, but this did take a toll on her health. She sold the business and made the most of what she calls her “break through not break down.” She now acts as a consultant advocating for better resources for the small business owner and is also a mental health advocate.

From the dressmaking and design skills of Coco Chanel to the love of public speaking for Oprah Winfrey, creativity is a trait that women use to their full potential when it comes to their businesses. It also comes through in areas where women as mothers have tried to find a product or service suitable for their child or family member who may have additional needs.

Swedish businesswoman and mother Marlene Sandberg founded Nature Babycare, which produces organic Naty nappies, because she was concerned about the chemicals found in a lot of products, including those for children. She developed environmentally friendly hygiene products for mothers and babies that are now sold worldwide.

Joanne Rowling, better known as J.K. Rowling, was a single mother trying to make ends meet while attending school and writing the story of Harry Potter, a series of novels that has led to a billion dollar business. Jo was living on state benefits, but due to her dogged hard work and belief in the opus that became the best known story for children in modern times. She is now one of the richest women in the world.

Karen Hoogenbosch is the Director of Animal & Odd-Bod Creators Pty Ltd, a company in Melbourne, Australia that specializes in high quality custom made corporate mascots and costumes. Like so many other female entrepreneurs, she is passionate (and knowledgeable) about what she does and has become quite the expert at multitasking when it comes to balancing her work, personal, and social lives.