You are here: Home / Equality / 71 Years to Gender Equality in Top Chicago Companies

The Chicago 50 2013 Census Report from The Chicago Network reveals that it will take 71 years for men and women to have equal representation in the boardrooms and executive positions at Chicago’s 50 largest publicly-traded companies.

All news wasn’t completely discouraging though. The study also revealed that the number of women directors reached 91 in 2013, which is 16.9% of all directors in the Chicago 50. That’s the highest level since The Chicago Network began tracking the top 50 companies in 1998.

Companies that performed particularly well with the highest percentage of women directors, executive officers, and top earners include Kraft Foods Inc. (now Mondelez International), which has been on the list since 2007, Ingredion Incorporated, CDW Corporation, Discover Financial Services, and Jones Lang LaSalle Incorporated.

You can follow the link to access the complete study report, and take a look at the infographic below for the highlights. Just click the infographic to view it at full size at the source. 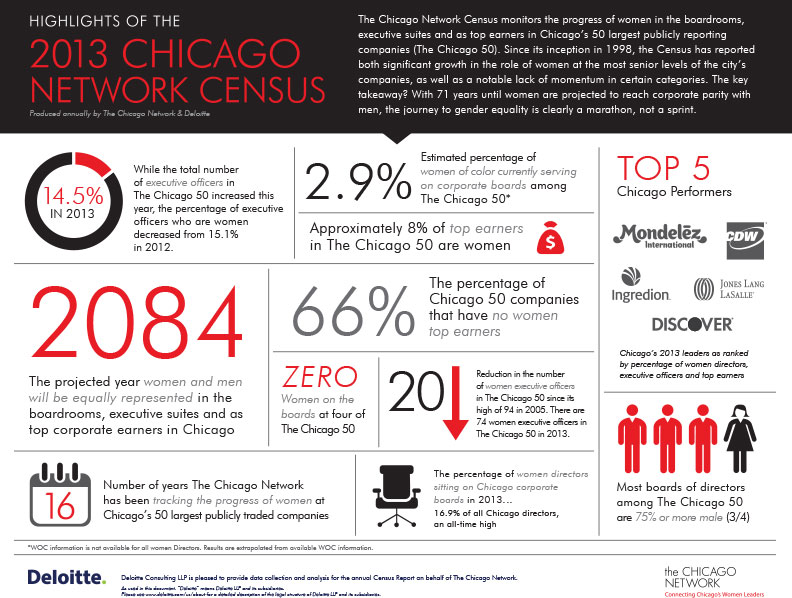 Via: The Chicago Network