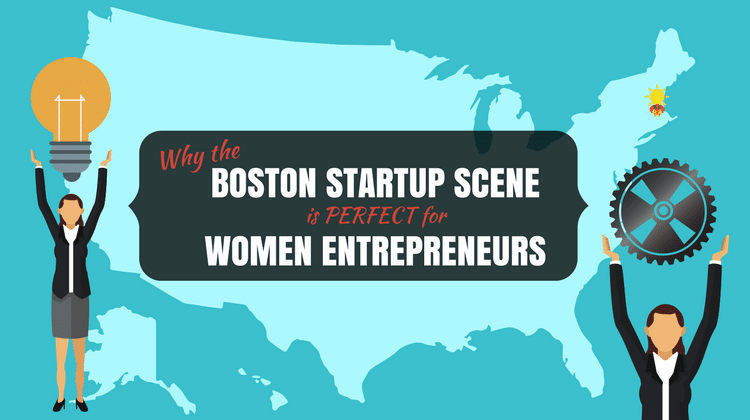 In 2015, I attended an event in Boston held specifically to connect women entrepreneurs looking for startup funding with investors. The Boston Women’s Venture Summit, hosted by Babson College, was where I learned just how much the city of Boston was focusing on becoming a hot spot for startups, particularly women-led startups. Even the city’s mayor participated and shared his vision for the future of Boston as the ideal place for female entrepreneurs.

Fast forward to 2017, and Boston has been ranked as the second best city in the world for female founders by the Global Startup Ecosystem Ranking Report from Startup Genome and the Global Entrepreneurship Network. Of the 4,000 startups in Boston, 29% of their founders are female, which is just shy of Chicago where 30% of startup founders are women.

Furthermore, the U.S. Chamber of Commerce Foundation, the Chamber’s FreeEnterprise.com, and startup incubator 1776 released a report in 2016, Innovation Matters 2016, which ranked Boston as the top city to lead the digital economy in the United States.

Together, these statistics show that Boston is an important startup hub in America that is poised to continue growing and offering opportunities to women entrepreneurs and tech startups.

The city’s focus on building its startup ecosystem has been quite successful over the past few years. There was a time when it seemed tech startups had to be located in Silicon Valley or they were doomed to fail. That’s no longer the case. Instead, Boston is a viable option.

Boston provides startup founders with access to the capital they need to grow. From angel investors to venture capital firms, Boston is filled with people who are looking to invest in the next big company.

With its proliferation of leading universities, tech companies, and medical centers, new developments in technology, science, energy, and more are the norm in Boston. Research is constant, and as a result, innovation is everywhere.

Speaking of universities, Boston startups are not lacking for highly educated, intelligent, and innovative workers. Boston has more universities than any other city in the country, including some of the leading science, technology, engineering, and math schools. The city is filled with talented graduates and seasoned veterans.

The Boston startup scene is one of community and collaboration. There are more than 40 university incubators and accelerators in the state where startup founders can get help and guidance. In addition, there is a large group of role models who can mentor founders as they navigate the startup path. I saw this camaraderie and support for myself at the event I attended back in 2015.

Women are Gaining Traction in the Boston Startup Scene

Lesley University’s guide also points out that the climate for women startup founders is very positive in Boston. Both founders and investors are finding success in Massachusetts’ capitol. They’re more vocal and more visible than ever, which means they’re paving the way for even more women entrepreneurs to follow in their footsteps. Will it be you?